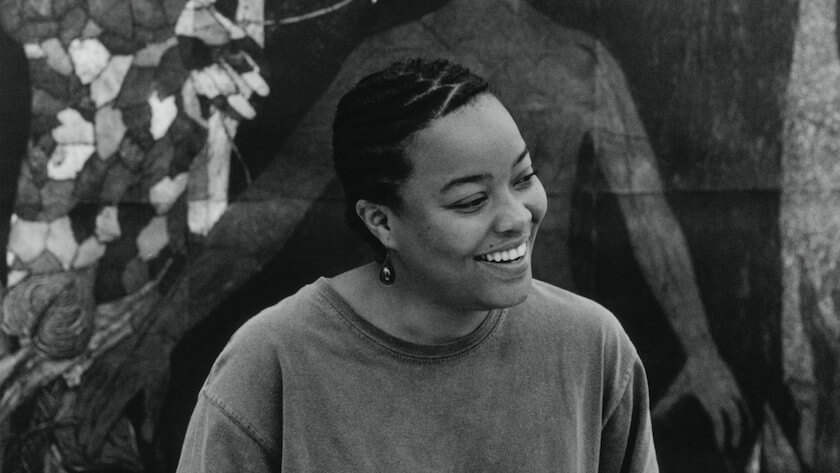 Belkis Ayón was one of the leading figures who from the visual arts platform was most engaged in promoting the (re) learning of AfroCuban culture.
Travel and culture

The interaction between African and European culture gave rise in Cuba to the Afro-Cuban concept, without which it is impossible to understand the identity of this country.

PanamericanWorld offers a closer look at the lives of 10 stars whose artistic work has contributed to the enrichment of Afro-Cuban culture.

The wise Fernando Ortiz is considered one of the leading figures in Cuban culture. “So broad and extensive was don Fernando’s task that he can easily carry, without a question, the title of Third Discoverer of Cuba”, once wrote an intellectual by the name of Juan Marinello.

The body of work of this ethnographer, ethnologist, linguist, sociologist, ethnomusicologist is considered cultural heritage in Cuba. In his famous book “Cuban Counterpoint: Tobacco and Sugar,” published in 1940, Ortiz included the new word “transculturation” to explain the development of Cuban culture, based on the processes and changes that occurred through the contact between people of different cultures.

Ortiz was an avid student of music and the contributions that came from Africa. “Cubans have exported more dreams and delights with our music than with tobacco, more sweetness and energy than with sugar. Afro-Cuban music is fiery, flavorful and smokey; it is a balm that offers sandunga (grace) and relief; it is a melodious rum drank through the ears that equalizes and brings people together, energizing life through the senses. The intense musicality of the Cuban people cannot be denied ”, he wrote in his book Africanía de la Música Folklórica de Cuba (African Nature of the Folk Music of Cuba).

El Monte by Lydia Cabrera, the Bible of Afro-Cuban Religions

Lydia Cabrera is one of the most recognized scholars of Afro-Cuban culture. Her 1954 book “El Monte” (The Wilderness), in which she studied the origins of Santeria, as a mix between Catholic saints and Yoruba deities, is considered a bible of Afro-Cuban religions.

One of the stars who promoted Afro-Cuban culture the most from her platform in the Visual Arts was Belkis Ayón. She was barely 32 when she died, but left an impressive artistic legacy. She used the art of collography better than anyone else, a printing technique based on the application ofmaterials on a textured plate, instead of carving the surface.

The central theme of her work was the beliefs, rites and myths of the Abakuá secret society, a cult originating in Africa, which is very strong in Cuba, but is forbidden to women.

Sara Gómez also died at young age, but left an impressive artistic work that lasts to this day. In the sixties and seventies of the last century, she filmed several documentaries and later ventured into fiction with her work “De cierta manera” (In a certain way), considered one of the best Cuban films of all time.

With this piece, Sara became the first woman to direct a feature film for the Cuban Institute of Cinematographic Art and Industry. The themes of her films, shot in black and white, showed the racial prejudice of the time, marginalization, discrimination and the social changes that Cuba underwent after the 1959 Revolution. Sara trangressed boundaries, not only by the themes she chose, but also by the way she told her stories.

Santiago Alfonso, the Artistic Director of the Tropicana Cabaret

Santiago Alfonso is a renowned dancer, teacher, artistic director and choreographer with more than fifty years of experience. A recepient of the National Dance Award in 2006, Alfonso has left a deep cultural mark for his artistic direction of the world famous show of the Tropicana Cabaret.

This artist is the founder of the renowned Cuban Contemporary Dance Company and also made his film debut with a performance in the film “Yuli” on the life of dancer Carlos Acosta, a student of Alfonso in the early 1990s.

Carlos Acosta, a Black Prince at the Summit of the Ballet Scene

Carlos Acosta was considered, at the height of his career, as one of the five best dancers in the world. His life has not been easy, but this brilliant black dancer has managed to overcome all obstacles to become a revered figure not only in Cuba and the United Kingdom (two places where he has received the National Dance Award).

He has danced for several of the most prestigious companies in the world, from the National Ballet of Cuba to The Royal Ballet in London. He now runs the Royal Ballet of Birmingham and has his own company, Acosta Danza.

The Cuban Color of Nicolas Guillen

Nicolás Guillen is the National Poet of Cuba and the top representative of the so-called “Central American Black Poetry”.

In his 1930 piece “Motivos de Son”, he illustrated the daily life of poor blacks, their way of speaking and, especially, how racism manifested.

I’m Yoruba, I’m Lucumí, Mandinga, Congo, Carabalí. Listen my friends, to the ‘son’ that goes like this: We’ve come together from far away, young and old, Blacks and Whites, moving together; one is a leader, the other a follower, all moving together;

Later, in his widely acclaimed “Songoro Cosongo,” he made reference to his mulatto poems, about which he wrote: “Perhaps they share the same elements that make up the ethnic composition of Cuba, where we are all a bit loquat (…) therefore, the spirit of Cuba is mestizo. And from the spirit of the skin, the final color will come to us. One day people will say that there is a Cuban color. These poems want to advance that day. ”.

Carlos Alfonso created, more than forty years ago, the group Síntesis. This bass player has composed more than 150 pieces, including instrumental music and songs, and has recorded 13 albums with a band that has developed a unique blend with Afro-Cuban music.

“I always tell the musicians of this group: don’t think that we are doing Afro-Cuban music a favor. Afro-Cuban music stands out by itself, and it is the kind of music that requires participation,” Alfonso acknowledged in an interview.

The African Roots of Choco’s Paintings

Eduardo Roca is known in the world of visual arts as “Choco”. In his pieces we can see constant references to Afro-Cuban culture.

“My themes have changed a lot, but what is constant is that they emanate from Cuba, from the Cuban people, from the light of day and from our Afro-Cuban religion. And for my part, whether through color or shape, I try to express in two or three dimensions something that people have hidden behind their doors for a long time: their experiences and how to ward off evil spirits ”, he acknowledged in an interview .

In 2017 he was awarded the National Plastic Arts Prize. Part of his work is exhibited at the Museum of Fine Arts in Havana, Museo de la Estampa in Mexico, the Museum of Kochi in Japan and the Museum of Africa in Chicago.

Lázaro Ros was one of the most important Yoruba music interpreters. Endowed with a unique vocal register, he was capable of reaching the most strident notes.

He recorded music for radio and television in Spain, Algeria and Belgium. He also participated in albums of the group Síntesis and Pablo Menendez’ group called Mezcla; but his most important work was, without a doubt, the collection of records on Yoruba Chants “Orisha Ayé”.

Chucho Valdés invited him to participate in the album “Cantata for Babalú”, for which he was nominated in the Traditional Music category of the 1999 Grammy Awards. He later received another two Grammy nominations for his records Yemaya (2001) and Chango (2002). From different media, such as television, cinema and theater, Ros managed to reenergize Cuban folklore and spark interest for folk songs and dances among the new generations.