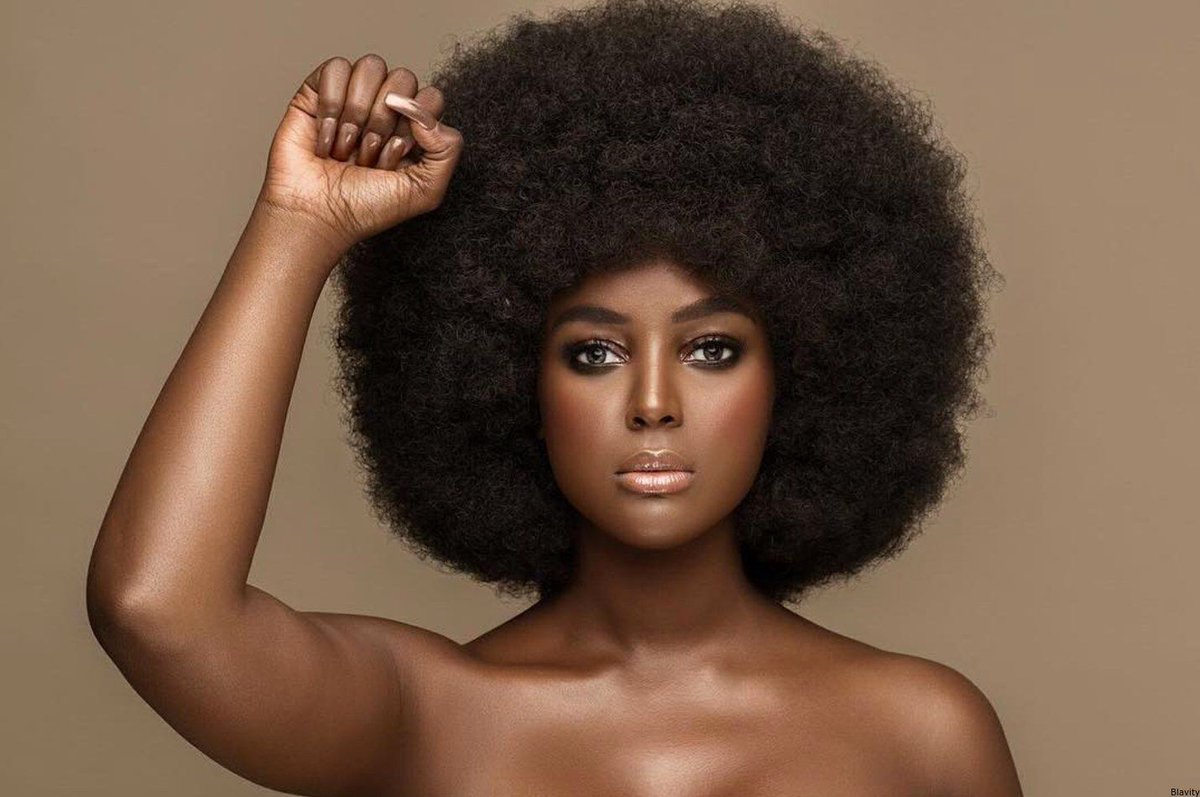 Anything Afrolatino is fashionable nowadays and it is not an isolated or temporary trend.  2018 could be considered the year when Latin music took root worldwide.

Spanish has become a mainstream language in the Anglo-Saxon music industry, and it is now natural to listen to Hispanic artists on English-speaking radio stations.

It was Luis Fonsi who undeniably opened the path in 2017 with “Despacito“, a song that continues to rank first in downloads and streaming platforms globally. Emerging after Fonsi was a generation of artists who show off their Latino roots without reservations and who also have the audacity to explore and experiment with other sounds that are, by tradition, alien to the Latin American culture.

The result of this mix of influences is a new, modern, renewed and urban sound that transits from hip hop to trap and goes through intermediate stages in which the entire cultural heritage of the region flourishes in the form of marimba, cumbia or reggaeton.

In this new scenario, Afro-Latin music breaks through with specific characteristics and a tendency to more openly accept the trends and styles coming from both sides.

After all, its remote origins stem from the dramatic story of back-and-forth travels from one continent to another and from the transmission of traditions and customs that have shaped, over centuries, a well-defined cultural identity as well as extraordinary wealth and diversity.

All this tradition has exploded in recent years as a radiant new musical phenomenon that connects perfectly well with new tendencies and musical styles. It blends perfectly into the new urban languages that are still a continuation of old experiments in which there were no limits other than music itself.

Urban Cuban Music: amid popularity, trashing and the palón divino.

AFROLATIN MUSIC, A BLEND OF TRADITIONS

The pioneer in the Afro-Latin world was Colombian singer Joe Arroyo, whose history of slavery and black empowerment led to “Rebelión/Rebellion”, a key record in the rather recent musical history of Latin America.

Celia Cruz, the undisputed queen of salsa and probably the most well-known black artist in Latin American history, left us the acclaimed song “La Negra tiene tumbao/Black girl has swing”, before her death in 2003.

Finally, we must mention Pete Rodriguez, the boogaloo pioneer whose song “Me gusta/I like like that” became one of the most important hits of the genre and has now been recovered and successfully sampled by Cardi B, an Afro-Latina turned world icon.

In the new Afro-Latino movement, which proudly and fervently claims its past and its musical roots, Amara La Negra stands out in her own right as an artist who has brought her “Afro-Latinness” to places unaware of this fascinating musical tradition. She has turned a sound so far only reserved for Latin America into a mainstream one.

THE PROBLEM OF COLORISM AMONG AFRO-LATINOS

As is well known, racism as an ideology is inherent to the history of Latin America and the United States:  from slavery to segregation. But as recently pointed out in an NBC article, “there is prejudice or discrimination within racism based on the color or shade of a person’s skin, often referred to as colorism.”

For Afro-Latinos, colorism is a double blow. Among Latinos, they are often considered too black to be Latinos. Among African Americans, they are considered too Latino. “To a certain extent, it’s not just colorism. It is also a racial problem. And it is a cultural problem”, said Amara La Negra in an interview with NBC News.

This phenomenon and others such as patriarchy, sexual discrimination or homophobia are part of the main discourse of the artists who have brought Afro-Latin music to the forefront of the global music scene. The following list, which is neither exhaustive nor definitive, is an introduction to five artists who have contributed in recent years to the projection of the Afro-Latino culture in the world. And they have done it in the most effective and direct way possible, triumphing on Spotify and Youtube.

She is the main symbol of an entire generation. Her impact on the music and audio-visual scene of the United States has been tremendous.

As a child, Amara La Negra performed on the talent/variety show “Sábado Gigante”, where she told NPR that she was the only dark-skinned girl on stage. Today, she represents the first encounter of many non-Latinos with the Afro-Latino reality, and for the Latino community, a litmus test to overcome their own prejudice regarding the community.

Merging reggae, dembow and favela funk in her music, and representing a region brimming with different Caribbean communities in South Florida, the singer herself addresses black Latinas to tell them that she is with them because she is one of them. And her songs seek to mitigate the pain and misunderstanding to which they have been traditionally subjected.

Amara La Negra sings to overcome the racial ills that are still a hallmark of some Latino communities, where a person’s skin color, manner of speaking or cultural roots remain a daily motive for racism.

Born in Miami to a migrant mother of the Dominican Republic, La Negra gained her reputation as an artist who sang in Spanish in the Latin American market. With her Afro-Latino roots always at the forefront, Amara La Negra successfully broke into the Latin American music market in the mid-2010s.

This is when she discovered that, despite being part of the American hip-hop music scene, Americans were not very comfortable with her Afro-Latino origin. Perhaps this is the reason why  Dana Danelys De Los Santos adopted the artistic name Amara La Negra, an act of defiance against those who criticize her blackness or use the term as an insult. “In my own [Dominican] community people would offend you by saying “this black woman”, she said in a recent interview with NBC News.

“For many people, it is shocking to see black people who speak Spanish and who can be found in places other than the United States,” said Amara, whose appearance on the reality show “VH1 Love and Hip Hop Miami” sparked a heated discussion about racism and skin color.

In 2018, Bachata Haiti released “Ti Pouchon”, a song that has been praised by American critics, especially by the public radio NPR, which has placed it among its favorite record of the year. Its bachata, emblematically Dominican, is projected throughout the Haitian diaspora found on that side of the island which is more favored by nature.

Singing in Creole and Spanish, Bachata Haiti unites guitar master Joan Soriano with an impressive list of Haitian Dominican artists, including Franklin Medina, “El Zorro Negro/The Black Fox.” A dialogue is thus constructed, merging the sensual sounds of the bachata guitar and the moving harmonies of the Haitian Creole rhythm known as Kompa. “Ti Pouchon” reveals the infinite wealth of African roots that fueled the American blues, the Dominican bachata and the Haitian kompa.

The Afro-Latina rapper who has Panamanian and Jamaican heritage from her father and Puerto Rican and Haitian roots from her mother, talks a lot about growing up in Brooklyn.

In other words, her story is a dialogue already known among other Latino artists due to their heritage and presence, marked by the urban rhythms with which she grew up in the most racially mixed neighborhood of New York.

She grew up speaking Spanish and listening to salsa and merengue along with Shabba Ranks and Buju Banton at home. And at the same time she cultivated a passion for hip-hop with her collection of “Hot 97” mixtapes. This young innovator uses her many talents ranging from spoken word to philosophy to give her stories and her music a different flavor. She has  released four albums, including “Teen Nite at Empire”, which came out in 2017.

The Afro-Dominican artist Maluca Mala is from New York and uses her music to promote the rights of women of color. The rapper is a committed activist and says that her current goal is to make sure President Donald Trump is impeached. She is radical and direct.

Raised in an environment where the sounds of bachata, cumbia, merengue mambo and hip-hop were always in the air, Maluca’s music has been described as “experimental tropical punk, ghetto technology and Hip-House”. This Afro-Latina feminist uses her music as a vehicle of expression and as an opportunity to address issues that impact women of color. She has given her music a purpose: to end patriarchy.

Afro-Puerto Rican artist Princess Nokia is from New York and has become famous thanks to her music which celebrates female empowerment. Destiny Frasqueri, her real name, is one of the artists whose music has become increasingly popular in recent times in the field of Afro-Latin music. And she only has a handful of videos on the net.

As pointed out by the commentator of the Spanish digital newspaper ElDiario.es, Princess Nokia is linked to producers such as Ratking who are interested in pushing the limits of rap music to new and still unexplored territories. That’s why her music is located in an undefined place halfway between the sharp Atlanta sound that sets the pace for world rap and M.I.A.’s fierce unorthodoxy.