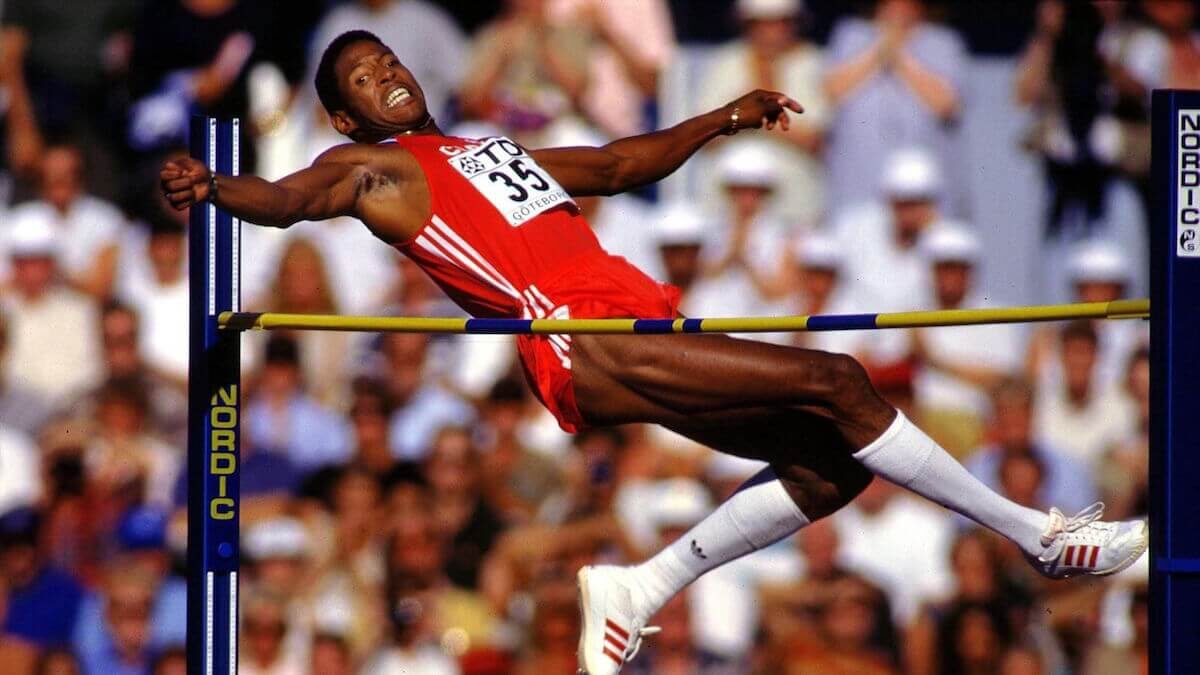 Cuba has had several world record holders in athletics; but the only one still present in the books is Javier Sotomayor.
Sports

Cuba is the most successful Latin American country in the history of the Olympic Games. Since their first appearance in Paris 1900 until the Rio 2016 event, Cuban athletes have obtained 226 medals, 78 of them gold. Therefore, selecting the 10 most famous Cuban Olympic champions is not easy; but it is exciting because many of the victories experienced by these athletes have marked generations of sports fans in Latin America

The most successful specialty for Cuba at the Olympic Games has been boxing. Caribbean boxers have won 73 medals, including 37 gold, so no one should be surprised to see that two  of the boxing legends on our list of the most acclaimed Cuban Olympic champions are Teófilo Stevenson and Félix Savón.

What will happen at the Tokyo 2020 Games? Cuba will participate with its smallest delegation in decades, with just 69 athletes. The authorities have recognized that they aspire to be, once again, among the top 20 countries in the general medals table even if this forecast seems difficult to achieve.

Boxing is once again a top priority, where two boxers, Andy Cruz and Julio César la Cruz, are favorites for gold. In athletics, Juan Miguel Echevarría is among the candidates for the title in the long jump, as are discus throwers Yaimé Pérez and Denia Caballero. All eyes will be on Mijaín López because this formidable Greco-Roman fighter will seek to become the only five-time champion of that modality in history. His story kicks off our journey through the most famous Cuban Olympic champions.

At almost 39 years of age, the most successful Cuban athlete of all time will compete in his fifth Olympic Games. Mijaín made his debut in Athens 2004, but there he lost in the quarterfinals to Russian Khasan Baroev and finished in fifth place in the 120-kilogram division of Greco-Roman wrestling. That was his last Olympic setback. After that failure, the Cuban has been unbeatable in all summer games.

At the 2008 Beijing Games he conquered his first title and did it in the best way: he took revenge on Baroev. Four years later he did better than Estonian Heiki Nabi in the finals. His legacy continued to grow in Rio 2016. In the fight for the crown he gave one of the most impressive performances of that event, after spectacularly pinning Turkish wrestler Riza Kayaalp to the ground. This is how he joined another wrestling legend, Alexander Karelin, as the only three-time Olympic champions in the sport. Now, in Tokyo, Mijaín will seek to break that tie.

The Cuban athlete with the most medals in the Olympic Games is fencer Ramón Fonst. This great athlete was the first Olympic champion in Latin America and one of the great figures of Cuba in the 20th century.

At the 1900 Paris Games, Fonst was the only representative of Cuba. At just 17 years old, he beat local fencer Louis Perrée in the final sword competition. In addition, Fonst obtained the silver medal in the modality of sword for fencing masters, which was only done at that event.

Then, at the St. Louis Games of 1904, Fonst had a formidable performance, winning the individual foil and epee titles. There he also participated in the team foil, where he joined his teammate Manuel Dionisio Díaz and the American, based in Cuba, Albertson van Zo Post. This trio of fencers won the gold medal.

Twenty years later, Fonst returned to Paris for the 1924 Games. In the French capital he reached the epee semifinals but was unable to add another medal to his brilliant Olympic career which included four titles and a silver medal.

Thanks to his crushing punching and fighting technique, Teofilo Stevenson became the most famous amateur super heavyweight in boxing history. In his record, three Olympic titles stand out, the first of which was won in Munich 1972. At the age of 20, a young Teofilo hit his rivals with everything he had, especially American boxer Duanne Bobick, who fell three times in the last round of the quarterfinal duel. This victory was perhaps the most memorable in Stevenson’s long career.

Then, in Montreal 1976, the Cuban continued his broad dominance in the division. This time none of the rivals heard the final bell because they fell by KO. His last Olympic participation occurred in Moscow, 1980. In the fight for the crown he beat Soviet Pyotr Zayev and joined Hungarian László Papp as the, until then, only three-time Olympic champions.

Stevenson was the great favorite to win his fourth title in Los Angeles 1984, but Cuba decided not to participate in those Games, putting an end to the chances of one of the most celebrate Cuban Olympic champions in the world.

The Cuban women’s volleyball team won three consecutive gold medals in Olympic Games, between 1992 and 2000. A total of seven players were in those three collective triumphs; But, among all of them, we selected Regla Torres, an extraordinary woman who was chosen by the International Federation as the best volleyball player of the 20th century.

Torres was only 17 years old in Barcelona 1992, but she was already part of the initial sextet. The Cubans beat the so-called “Unified Team” in the finals by 3 sets to 1. Then, in Atlanta 1996, “las Morenas del Caribe” (the Caribbean Brown Girls) defeated China, also 3-1, and closed their fabulous cycle with a spectacular 3-2 triumph over Russia, in Sydney 2000.

The most awarded Cuban team n the Olympic Games has been the baseball team, with three gold and two silver medals. No single player has ever played for the three crowns, so we opted to include the player with the most medals and with a leading role: Pedro Luis Lazo.

This excellent pitcher, who is the top game-winner in the history of the National Series, won the title in the Atlanta 1996 and the Athens 2004 editions. In addition, he pitched in the two games for the gold medal, lost by Cuba, in the Sydney 2000 games against the United States and in Beijing 2008, against South Korea.

The best Cuban judoka of all time participated in five Olympic Games. Four times she was on the awards podium, and the fifth time she came very close to obtaining a medal.

Driulis González debuted in the summer games of Barcelona 1992, when she was only 18 years old. In Barcelona she snatched the bronze medal, in the 56-kilogram division. Four years later she competed with a serious injury, which is why her gold medal, in Atlanta 1996, is remembered as one of the great feats of Cuban sport in the Olympic Games.

Later, in Sydney 2000, at 57 kilograms, Driulis lost the title match to Spanish judoka Isabel Fernández. In Athens 2004, in the 63 kg division, she was once again on the podium, winning the bronze. Very few people believed in her when she arrived at the 2008 Beijing Games with 34 years of age. In the Chinese capital, she ended up fifth and closed her brilliant Olympic career with a title, a silver medal and two bronze medals.

Another great Cuban boxer of all times is Félix Savón. For almost two decades he was the best in the 91-kilogram division, where he reigned supreme at world championships and the Olympics.

He never had a punch as strong as Stevenson’s, but he could also knock down his opponents with one punch. Savón achieved his first crown in Barcelona 1992, where he defeated Nigerian David Izonrite in the final match. After this, in Atlanta 1996, he won again, without too many complications, as his opponent for the gold, Canadian David Defiagbon, scored just two shots.

In Sydney 2000, Savón joined Stevenson and Papp in the select group of three-time Olympic champions, with a victory in his last match of the summer event, 21-13 over the Russian Ibzagoinor.

The greatest feat of a Cuban athlete in the Olympic Games was that of Alberto Juantorena, at the 1976 Montreal event.

On July 25, Juantorena was proclaimed champion of the 800 meters, with a time of 1:43.50. A day later he began competing in the 400-meter dash qualifying races. On the 28th, 72 hours after winning his first title, the Cuban astonished everyone by making the finish line triumphantly, with 44.26 seconds. Never before in Olympic history has an athlete conquered the 400 and 800 meters, in the same event. And no one else has come close to Juantorena’s feat.

Among the most famous Cuban Olympic champions, we could not leave out judoka Idalis Ortiz. She debuted in the summer games of Beijing 2008, at the age of 18, obtaining a bronze medal in + 78-kilograms division. Then, in London 2012, it was her consecrating moment when she beat Japanese Mika Sugimoto in the fight for the gold.

She continued to grow as an Olympic legend when she made it to the finals in Rio 2016, where she yielded to French Emile Andeol. Now, in Tokyo, Idalis will seek to match Driulis González’s record of four medals at the Olympics.

Cuba has had several world record holders in athletics; but the only one still in the books is Javier Sotomayor. His high jump of 2.45 meters, in Salamanca 1993, seems insurmountable.

Sotomayor achieved two Olympic medals. In Barcelona 1992, he was the great favorite and confirmed that position, with a jump of 2.34 meters. An injury prevented him from preparing well for the Atlanta Games, where he finished in the eleventh position. His Olympic farewell came in Sydney 2000. There he jumped 2.32 meters and finished in second place.