Inicio > Business > Business-Cuba > “Made in Cuba” Videogames: A Reality around the Corner 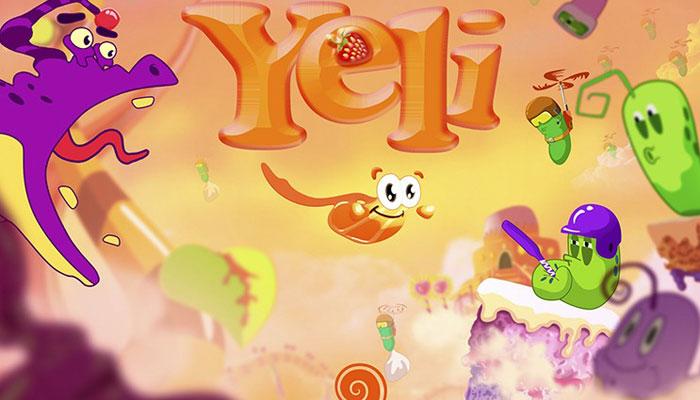 “Made in Cuba” Videogames: A Reality around the Corner

The videogame industry is growing with an annual rate of 7 percent and sales that will go up to 90 thousand million dollars in 2016. Could Cuba, which is going through an important moment of economic reforms, join that huge industry, not as a consumer, but as a videogame developer?

Videogames are a fascinating topic in Cuba. In a country where the Internet access level is still very low, hundreds of people connect their computers to private, wireless and clandestine networks, in order to live the collective experience of World of Warcraft or Defense of the Ancients; moreover, they copy from the “package”—a decentralized and alternative system of content distribution— the latest products for different platforms, from PC to smartphones, and in the streets of all provinces of the country, it’s easy to find people selling pirate DVDs with videogames. There is a common element in this ocean of diversity: most of the videogames have been produced in other countries, since the island has not developed a national industry.

Is it possible to talk about a “videogame industry in Cuba”? In an effort to answer that question, PanamericanWorld talked to software developers from the Computer Sciences University (UCI is the Spanish acronym), who work on a videogame creation project, as well as specialists and players.

According to Computer Sciences Engineer Roberto Elias Perez Ozete, who is a member of the UCI’s Three-dimensional Interactive Environments Center (Vertex), “we can’t talk about a videogame industry in Cuba because, although several videogames have been developed, the media has not supported them, so they are unknown. Perhaps the first step to foster such industry in Cuba is to give the green light for the media to spread the word on this matter, payment methods, videogame cooperative matches and the centralization of their sell.”

Roger Durañona also underlines the non-existence of that industry in Cuba, since he loves videogames and studies Computer Sciences at the Eastern University. “Within State-run institutions, there are several groups working on indie games, but nobody knows for sure the way they are going to be marketed, or exported. There aren’t many truly-independent software developers and, since the legislation is not very clear or it’s very restrictive in terms of this type of product, they keep a low profile. We can actually say that there is huge potential to develop a videogame industry in Cuba.” 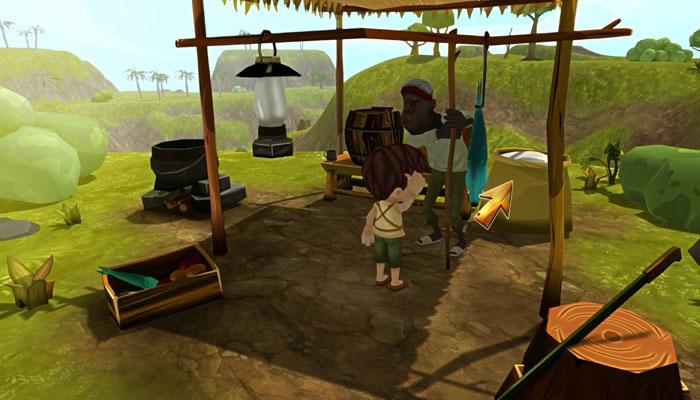 A legislation on the industry would be necessary and, according to Engineer in Computer Sciences Reinaldo Garcia Maturell, also a member of Vertex, “last year, one of the commissions to the National Assembly of the People’s Power debated the issue related to videogames in Cuba and some actions have been carried out, aimed at fostering the creation and development of a future videogame industry in Cuba.”

A useful element for that potential industry, Engineer in Computer Sciences Raul Velazquez Acosta says, is the instauration of “an institution in charge of registering, organizing and calling for events and activities, in addition to devising guides and topics for all of the videogame developers we presently have.”

“MADE IN CUBA” VIDEOGAMES

The videogames that have been produced in Cuba to date are characterized by their tackling “educational topics or specific matters, hidden behind that ludic resource,” Perez Ozete pointed out.

Durañona explains that, over the past years, “the videogames created by State-run institutions have been increasingly focused on the playful aspect, the fact of playing just to have fun, instead of turning each title into an extension of the classroom. Indies lead the way in this matter, because they have never tried to create pedagogical titles.”

“The idea behind the videogame is to have people not only having fun, but learning about the culture, history and identity of the country. Values are instilled without putting entertainment aside,” Garcia Maturell explains.

So far, six videogames have been developed and marketed by State-run institutions in Cuba. “Súper Claria”, “La Chivichana” and “4 rollos y una película”, are casual videogames for cellphones, although their PC version is also available; on the other hand, “Aventuras en la Manigua”, “Especies Invasoras” and “Sagua, la aldea Encantada”, are more complex,” Garcia Maturell underlines. 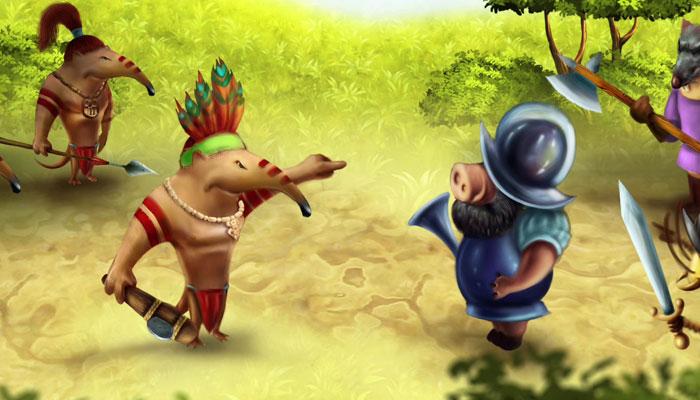 Among the independent productions, “Yeli” has stood out, created by Isla Gráfica project, which is head by Yoel Brito, for Android. This videogame caught the eye of many people within the framework of the edition of “Arte en la Rampa” fair, held in Havana in 2015, because the developers were sharing a free copy of the demo and selling jars and pullovers, a common marketing technique in foreign videogame markets, but rarely applied for Cuban products.

“Especies Invasoras (Invading Species)” is about to be complete and it’s presently very popular. The game features excellent playability, well-defined challenges and achievements, which highly stimulate gamers; in addition to the information on different species provided by the title, so those who play increase their knowledge,” Perez Ozete explains.

The experts interviewed by PanamericanWorld agreed to highlight the importance of foreign investment in order to boost the videogames industry in Cuba.

According to Perez Ozete, “the foreign investment could entail an injection of funds and access to other markets. There are highly-qualified professionals willing to join this industry, just waiting for it to see the light. With foreign investment in this sector, all those professionals could be centralized and several companies could be created, as well as development centers that would foster the growth of this industry.”

Furthermore, the foreign investment “would make the knowledge and experience exchange possible among software developers from different countries, related to the huge realm of videogames. It would be also important to organize the distribution and marketing of the videogames, since economic matters stop us from producing videogames on a large scale and we can’t reach out to the whole market segment that is interested in playing a Made-in-Cuba videogame,” Velazquez said. With foreign help “we could not only receive funding, but market expertise, product presentation,” Computer Science Engineer Isabel Cristina Perez explained.

Durañona points out that an injection of foreign investment, in State-run institutions or private groups, could guarantee resources, personnel, documentation, software licenses, etc. As for indies, foreign investment would give them what a colleague calls “mind peace,” which is necessary when it comes to developing software, a sort of safety net that allows them to focus their mind without worrying about what they are going to eat tomorrow or even today.” 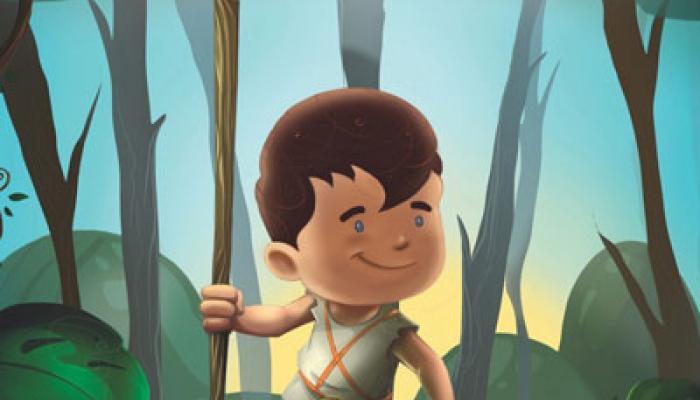 Cuban universities are great enterprising centers and most of the ideas to develop videogames have come out of them.

For example, according to Garcia Maturell, the UCI has participated in two editions of the Global Game Jam (2015 – 2016), the largest videogame simultaneous match of the world, where prototypes have been developed in 48 hours. “The Pachamama Game Jam is also organized, which follows the line of the Global event and works on environmental videogames. “Especies Invasoras” and “Super Claria” were ideas developed in those events and later supported by the alliance between Vertex and the Cuban Institute of Art and Movie Industry.”

Although there is tremendous human potential, “the spreading and marketing of these products is what stops universities from developing this industry. This would be a mean to obtain incomes, later acquire cutting-edge technological means and continue the research in this branch,” Perez Ozete explained.

“There are two key factors in terms of the development of videogames by universities. Resources are the first one and the second element, and perhaps the most important one, is the motivation behind the project. Creating the idea, sharing with students, developing something that makes them feel important and interested, an enjoyable project, that’s the key to get universities involved in the videogame industry,” Isabel Cristina Perez said.

The combination of software developers’ creativity, the enterprising wealth of universities, the introduction of new legislations that foster the creation of private cooperatives, as well as the boost to be given by foreign investment, could bring about the creation of a booming videogame industry in Cuba.