It’s Sunday and some aromas just seem to burst out of Joseph’s kitchen early in the morning. Doña Mara (Ms. Mara) begins to prepare lunch, an Afro-Panamanian meal that is prepared and celebrated by the entire family. And it must be enough to feed not only Ms. Mara’s twelve siblings, but the guests and whoever shows up as well!

They all share a single tradition, handed down by the West Indian immigrants who arrived in Panama. It is called “Sunday food”, a living legacy of the West Indies that is ever-present in Panamanian culture and gastronomy.

The table is decked out with steamed fish or baked chicken, octopus stew (Doña Mara’s favorite), rice and coconut, as well as rice and peas with pig’s tail, run down or rondon as pronounced here, which is a Caribbean coconut stew made with coconut milk, veggies and fried fish, among other Caribbean-seasoned dishes. These are all part of West Indian food, all in very generous portions, of course.

Afro-Panamanian cuisine is not complete without the basic condiments to flavor Sunday meals: curry, ginger, garlic, onion and hot peppers, according to chef Joseph Archbold, son of Doña Mara, born in the province of Bocas del Toro, located north of Panama.

Bocas is the kind of tropical paradise that draws thousands of tourists every year and has been featured in renowned travel magazines for its exotic and scenic landscapes. It is also one of the main locations where the West Indian community settled at the end of the 19th century.

These are the 5 most daring chefs in Latin America

West Indians hail from Jamaica, Barbados, Guadeloupe and other islands, and they originally arrived to work on the construction of Panama’s trans-Isthmian railway. Later, new migrations increased the workforce for the construction of the Interoceanic Canal under U.S. administration.

But West Indians were not the only workers of African origin in the isthmus. The first ones were brought to America through the colonial slavery system and the descendants of those early Africans were called Afro-Colonials.

They were different from the West Indians because they spoke Spanish and were Catholic, according to the chapter “Let’s Talk about History” of Panama Chombo Style, a recipe book inspired by Afro-Panamanian cuisine, written by chef Cuquita Arias de Calvo.

From the coexistence among whites and blacks, Colonials, West Indians and North Americans, in addition to other racial groups like the Chinese and the Hindus, a cauldron of cultures, traditions and flavors emerged, which explains why Panama is today a melting pot.

In addition to Bocas del Toro, West Indians also settled in the provinces of Colon and Panama City, specifically in the areas of Rio Abajo, the popular district known as El Chorrillo, and Parque Lefevre. This is where Iván Gómez lives, a cook and owner of the West Indian canteen known as Donde Iván.

Unlike common belief, neither Ivan nor any of his family members are West Indian. His skin is dark brown and his broad smile lights up his face every time he speaks.

“I come from the Island of San Miguel, on the Pearls Archipelago (one hour away from Panama City). I am Afro-Colonial or as people refer to colloquially “a coconut-eater” because that is what is largely available on the coast, along with fish and seafood.  I know how to cook Afro-Colonial food, but I also learned to prepare West Indian dishes”, he explains.

Some of the Afro-Colonial specialties Ivan knows to prepare include a good Seafood Guacho, which is gumbo/risotto-type rice with fresh seafood and a lot of coastal seasoning. But he can also prepare the One Pot or “West Indian Paella” with rice, coconut and dried shrimp. Formerly, their enslaved ancestors used to prepare it with leftover food.

Scobeech or Escovitch (pickled) Fish, one of Donde Ivan’s best-selling dishes, is also cooked West Indian style. There are two types: a yellow one with onions, mustard, parsley and vinegar and a white one with curry and vinegar. The coastal one, however, is also pickled but reddish due to the ingredients used to prepare it.

WEST INDIAN HERITAGE AS PART OF THE COUNTRY’S CULINARY IDENTITY

Ivan learned everything he knows thanks to his mentor Ana Boyce, a Panamanian of West Indian origin, who taught him all of her recipes when she noticed his talent and love for cooking.

“She was my launch pad, I always have to mention it. I learned to prepare Saus, an emblematic dish of the Caribbean cuisine (pickled pigs’ feet), escovitch fish, West Indian cod, rondon … “, he stated. That was how he decided to start his own business.

Presently, Donde Iván is located on the Vereda Afroantillana or West Indian Walkway between 13th and 14th Street Rio Abajo. It is a row of eateries or canteens located very close to the main avenue, where six chefs offer their West Indian dishes at their respective locales.

The idea to bring them together was born ten years ago, thanks to Panamanian House member Javier Ortega. Since then it has become an enclave filled with Caribbean flavors, located in the heart of one of the first Caribbean settlements of Panama City. It is a meeting place that consolidated the West Indian heritage as part of the country’s culinary identity.

Although Ivan prepares West Indian food, he has “panamanized” some of his recipes, such as his chicken dishes, which he always cooked with curry, but now seasons with Chinese ingredients, because the Panamanian palate also has oriental influences, but that’s another story.

His seafood gumbo was incorporated as part of his Afro-Colonial legacy because this is part of the diet of coastal folks. “Saus also has different variants. Instead of the traditional pig’s feet, they also use chicken feet or pig’s tail. Everything depends on the combination of ingredients”, he says.

“WAPÍ” FROM HERE AND THERE

From this mix of recipes and idiosyncrasies came a new gastronomy that is firmly rooted in the Caribbean and can be recognized by itsocean flavors, its joy and its vibrant colors. These are the remnants of one culture or another that are combined in a single reheated dish know better as “wapi”, as the West Indians call the food stored from the previous Sunday and whose flavors are more concentrated the next day.

Isaac Villaverde, chef of La Tapa del Coco, calls it “Afro-Panamanian Cuisine” and he fiercely defends it. He grew up between the province of Colon, San Miguelito and Rio Abajo. At the age of 30 he has set out on his mission to make the new generation discover the story of his Afro-Colonial roots, as well as the seasoning and flavors he inherited from his father.

“I grew up eating what I offer in my restaurant. For me everything was mixed from the beginning, just like my family. My grandmother is influenced by Colon and Colombia, my mom is from the countryside, my father is from Colon. Sometimes folks walk into my restaurant asking why I opted for this kind of fusion cuisine, but that is not what I do; I grew up eating Afro-Panamanian food”, he emphasizes.

La Tapa del Coco offers One Pot, Saus, codfish dumplings, among other dishes that are very popular in the local culinary scene. In addition, he has taken his Caribbean flavors to different countries of the world. He cooked for Panama’s ambassadors in Washington D.C. and Morocco. And he has traveled from New York to Hong Kong to participate in events that promote Panama as a culinary destination.

In 2018 he was invited to Paris, together with chef Joseph Archbold, to cook at the United Nations headquarters. Joseph remembers packing his suitcase with all his spices, starting with the curry especially prepared in his Bocas del Toro restaurant. He takes them with him wherever he goes.

“It’s my kit of cultural flavors, and those flavors that are from a certain region and that take you to your place of origin the minute you sample them have it all: salt, sweet, sour, spicy. It is a well-crafted, well-thought-of cuisine…a cuisine with purpose; the kind that is already ours, that is authentic and that has a very well defined identity”, he says.

For Joseph, a new chapter is being written in the history of Afro-Panamanian cuisine. He firmly believes that it will soon become a world-class contender, worthy of competing with the French or the Italians. 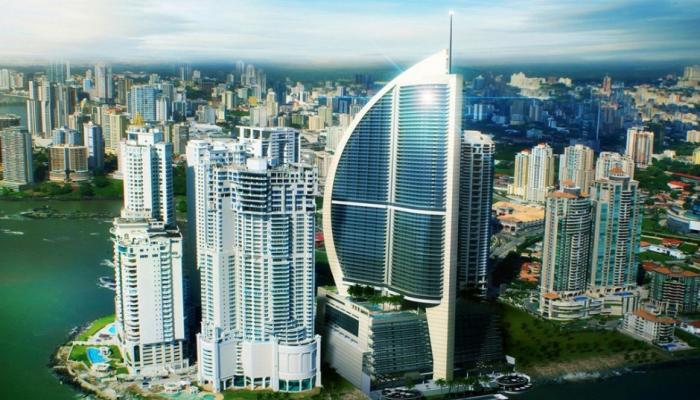 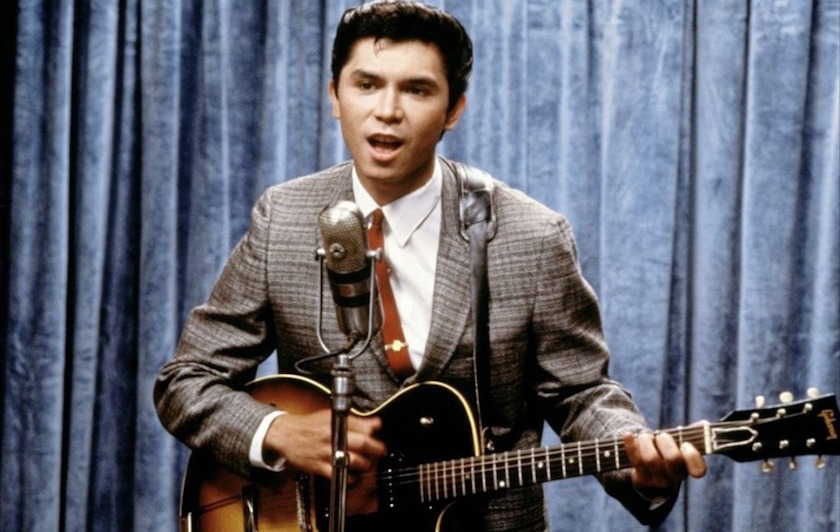 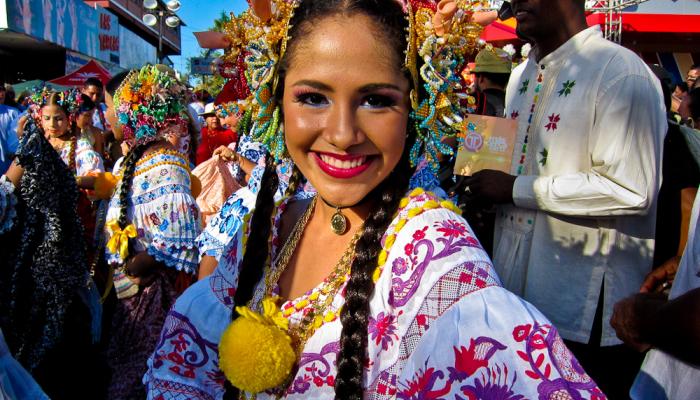