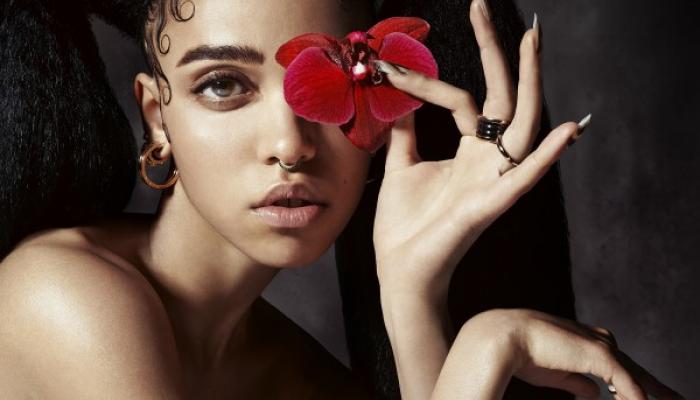 Caribbean artists aren’t only active in homegrown genres like reggae, soca and kompa. Over the years we’ve seen the Ten Trini Rappers Besides Nicki Minaj, Ten MCs You Never Knew Were Jamaican, and Ten Artists You Might Not Know Are Guyanese, demonstrating in the process that there are Caribbean artists in just about every facet of music, from rap to rock.

Lately we’ve noticed a bevy of new artists with Caribbean roots making an impact in music, though in many cases their heritage–as well as Caribbean influences–is a little obscure. In the tradition of the above lists, we decided to take stock of the newest wave of artists of Caribbean descent currently making noise in the broader music world.

We had a hunch A$AP Ferg had some island in him when he dropped “Shabba Ranks” last year, and confirmation came during this year’s Trinidad Carnival, when Ferg Instagrammed pics of himself amidst family members (and fellow artists like Trinidad James) from the road in Port of Spain. Ferg was among several notable artists who played on Bunji Garlin’s truck on Carnival Monday in Trinidad, and since then he’s kept a strong link with the Soca Viking. Not long after returning from T&T, he dropped “Petit Valley,” a freestyle about a Trini girl he met on his trip, over Bunji’s “Carnival Tabanca” instrumental, and this summer he was featured on the official remix to Bunji’s “Truck On D Road” (and alongside Trinidad James, Kardinal Offishall, Jillionaire and others in the video for the original track). He even made a cameo on BET’s 106 + Carnival special last week. Although it might not have been apparent from jump, this is clearly an artist who’s embracing his roots.

From Guyana by way of London, Blood Orange a.k.a. Devonte Hynes has become one of most sought-after producers in the increasingly competitive world of alt-R&B, and a star artist in his own right. Though he’d been active for years already, Hynes first got his big break when another alt R&B star with Caribbean roots, Theophilus London, invited him into the studio to collaborate with Solange: He ended up producing all of her 2012 EP True, including the single “Losing You.”

His trademark 80s pop inflected sound, somewhere slightly left of radio-friendly, has led him to collaborations with artists as diverse as Sky Ferreira and Kylie Minogue. As Blood Orange, his releases Coastal Grooves and Cupid Deluxe have both been released to critical acclaim, and find Hynes incorporating some elements of his Caribbean (and African—his father is from Sierra Leone) heritage into his music. Below, in the video for Cupid’s “Chamakay” (a Guyanese slang term meaning “young mischievous girl”), Hynes visits his mother’s hometown of Georgetown, Guyana, and meets his extended family for the first time (look out for Hynes on the steel pans):

Iggy Azalea might have dominated the charts this summer but, in the streets, 2014 was the summer of Shmurda. Ever since an enterprising Vine user looped his now infamous Shmoney dance, 20-year-old rapper Bobby Shmurda has owned block parties, clubs and car stereo speakers with his Jahlil Beats-produced single “Hot N***a.” Presently, it’s just about impossible to walk through Brooklyn (home to Shmurda and his GS9 crew) without hearing the sounds of the Shmoney Shmurda Shmixtape. Everyone from Beyonce to Drake to Elephant Man is co-signing the track (and the dance), and an Epic Records contract is now his. Though his own musical style isn’t particularly redolent of reggae or dancehall, Shmurda is of mixed Jamaican and Trinidadian parentage and has been quick to rep the West Indies. “We Caribbean—you know we dance,” he told Billboard, explaining his dance’s popularity. And just in time for the Labor Day weekend festivities in NYC, Shmurda got Mavado, Junior Reid, Popcaan and Jah X on an official reggae remix to his big hit. We’re curious to see the impact of this version and whether the young artists continues down the island route; in the meantime, make sure you know how to Shmoney dance.

FKA Twigs, born Tahliah Debrett Barnett to a Jamaican father and Spanish mother in Gloucestershire, England, is an pop/R&B singer in the vein of emerging artists like Kelela and SZA—but it was her eclectic, provocative videos that first brought her to the international stage. Twigs began her career as a dancer, a fact she showcased in her inaugural video, for her 2012 single “Hide.” From that release on, it was clear that her voice and presence were equally captivating, as she combined alternately soaring and whispered vocals with attention-grabbing visuals. Two EPs later, Twigs has just released her first full-length album, a super-sensual, stripped-down record that features the production of alt-R&B stand-bys Dev Hynes and Sampha, as well as Yeezus contributor Arca. It’s earned accolades from outlets like the Guardian and Pitchfork, who named it one of their top 100 albums of the decade so far. She’s owning the “underground” R&B scene now—whatever she does next, it’s definitely going to be interesting. Watch one of her videos below:

If the Billboard charts are any indication, pop phenom Jason Derulo knows how to write a hit—and he’s been churning them out since he was 16. Derulo (who writes under his given name Jason Desrouleaux) grew up in Miami, not far from his family’s native Haiti. By the time he hit high school, his knack for creating club-ready tracks was recognized by prolific producer J.R. Rotem and he was writing for artists like Pitbull, Cassie, and fellow island pop pureveyor Sean Kingston. It wasn’t until the release of 2009’s “Whatcha Say” (his debut single) however, that Derulo became a household name. Between his dance moves, his radio-friendly tenor, and his six-pack, Derulo has been able to secure a consistent place on the Top 40. His latest album, 2013’s Talk Dirty, features a slightly raunchier Derulo and a slew of pop and hip-hop’s biggest names, from DJ Mustard to 2 Chainz to Timbaland. We haven’t heard him drop any lyrics in Kreyol yet, but he stays connected to the island through his philanthropic work (and the occasional Caribbean collab).

Joey Bada$$’ anachronistic sound is rooted in ’90s underground hip-hop, and like many MCs of that era, the Brooklyn native has been known to take inspiration from Caribbean sounds as well. Last year the 19-year-old rap phenom visited his parents’ native St. Lucia for the first time, shooting his “My Yout” video on the island, as well as a behind-the-scenes mini-doc on his homecoming. Since returning from Lucia he’s kept up the vibes, adopting the alias Jozif Badmon and hitting the studio with Chronixx for a collaboration set to appear on his upcoming LP, B4.Da.$$.

Born in Nottingham, England to a Jamaican father and British mother, Liam Bailey became a LargeUp favorite last year after we caught his feature on Shy FX’s lovers rock throwback“Soon Come.” Since then, 31-year-old singer-songwriter has signed to Sony Music’s Flying Buddha imprint, headed up by Salaam Remi. With backing from the man behind classics by The Fugees, Nas, Amy Winehouse and a whole heap of others, Bailey just dropped his debut album Definitely Now to rave reviews. In contrast to the reggae tracks that first caught our attention (see also “When Will They Learn” below), Definitely Now is a soulful rock LP with traces of Hendrix, the White Stripes and classic Stax. Check out our “Now Things” interview with Liam here.

Though she’s only released one album, London singer-songwriter Lianne La Havas already has a slew of awards to her name—and the distinction of having Prince premiere new music in her living room. The 25-year-old La Havas, who grew up with her Jamaican grandparents in South London, already counts the The Purple One, as well as Erykah Badu, Stevie Wonder, and Robert Plant among her fans. Listen to her 2012 album Is Your Love Big Enough?, and you’ll immediately understand why. La Havas’ fresh take on R&B/folk/pop, combined with her effortless vocals, makes for a catchy (yet evocative) collection of songs. Though her most recent release is a Prince collaboration called “Clouds,” photos of La Havas at Kingston’s Big Ship Studios with Stephen “Di Genius” McGregor suggest that her next album might actually have more than a little Caribbean influence. In her own words, she’s “in search of [her] roots in Jamaica”—so keep an eye out for a new sound that might add a little reggae to that irresistible pop/soul mix. Here she is mixing up her tune “Au Cinema” with Stevie Wonder’s classic ode to Bob Marley, “Master Blaster (Jammin’).”

One of New York’s loudest and most ferocious new voices comes in the package of a Puerto Rican-Irish kid from Harlem named Wiki. He fronts the rap trio known as RATKING, who’ve been making waves from NY to the UK since they were picked up by XL Recordings in 2012. Wiki, and his partner in rhyme Hak have a broad cultural reach that is a product of growing up in New York’s melting pot, and going through the same struggles of its residents. Everyone loves an underdog story, whether it’s Wiki slicing deli meat on “Canal,” or his poetic portrayal of taking the subway. Jamaicans can easily gravitate to their anti-NYPD anthem“Remove Ya,” which takes inspiration from Sanchez’s “One In A Million” and fellow Harlemites, The Diplomats. There isn’t a distinct sound to RATKING, giving them an edge in the diversity category; it’s simply no wave rap because it’s non-territorial. Their dub, drum & bass, and trap influences can be from anywhere, and are soon be everywhere. Brrrrrrraaaatt!

If you’ve followed hip-hop over the last three years, A$AP Rocky needs little introduction. The Harlem- and New Jersey-raised rapper made an instant impression in 2011 with his debut mixtape Live. Love. ASAP (not to mention his distinctive videos for “Peso” and “Purple Swag”) and his profile has only grown since then, culminating in last year’s Long. Live. ASAPLP, which topped the Billboard album charts and produced the Top 10 single “Problems” with 2 Chainz, Drake and Kendrick Lamar. What you may not realize is that the A$AP Mob’s marquee act is the son of a Bajan father. In contrast to his Trini A$AP Mob counterpart Ferg, Rocky hasn’t publicly embraced his island’s culture… besides for Rihanna, that is. Considering the “fashion killa”‘s outré personal style, we can easily picture him donning masquerade gear at Crop Over, though. 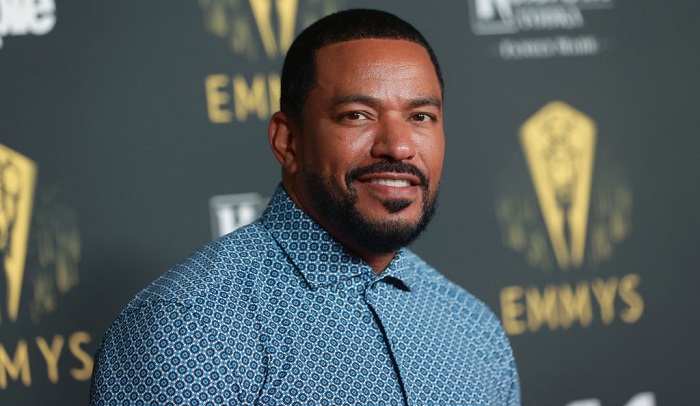 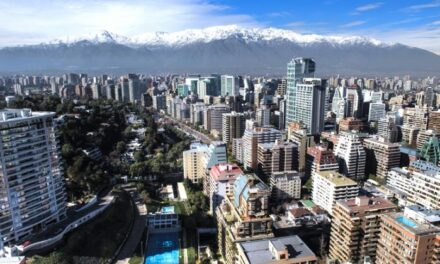 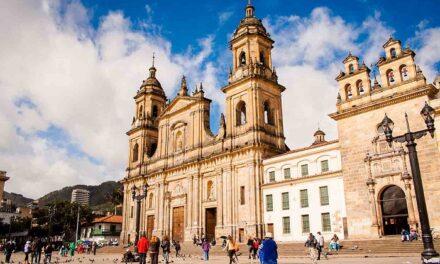 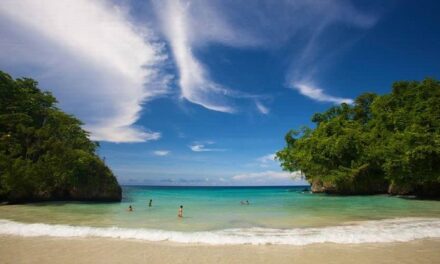