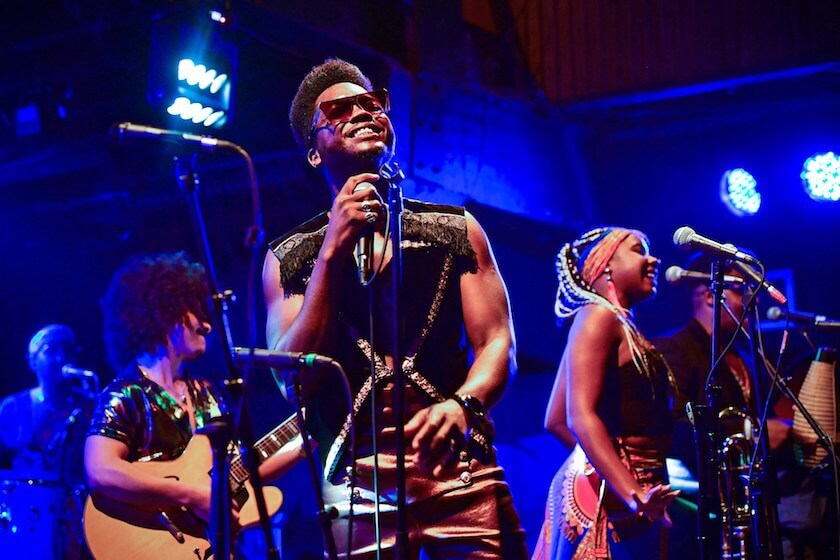 CimaFunk has performed in major venues of the United States, where it has packed concerts halls from Washington to Los Angeles.
Travel and culture

Alternative music in Cuba is heard and danced increasingly more and better. The support of traditional labels for these new and unique styles is still insufficient, but young people have found in independent productions a new way to bring their creations to larger audiences.

The groups that we share below have moved away from commercial and traditional genres. With hybrid sounds and sometimes bold lyrics, these creators bet heavily on audiovisual productions to make themselves known. They know that media space for alternative music in Cuba is limited, so they take advantage of every opportunity and trust that their music will play on mobile phones, flash drives and any other digital device.

CimaFunk did not go home

Until recently, Erik Iglesias dreamed of being a doctor; But music changed the life of this talented Pinar del Río native who is now a worldwide sensation with his group Afro-Cuban Funk.

CimaFunk was the stage name he chose. Erik does not know how to write or read music, but he composes all of his songs, which he endows with the irreverence of Cuban maroons, combined with a sound fusing Funk and Afro-Cuban rhythms.

The CimaFunk has performed in important venues in the United States, where it has filled concert halls from Washington to Los Angeles. It has also toured Europe and Mexico. Its album “Terapia” has been a huge success and, of all the songs, “Me voy… pa’ mi casa” (I am going home) has been the most successful.

This group was created seven years ago and cultivates Indie music, Rock and Roll and has also tried Folk and Country sounds. Lisset Díaz is the main vocalist and composer, the guitarists are Wilfredo Gatell and Miguel Comas, while Ángel Luis Millet plays the drums and Alejandro González the bass.

In 2016, their album “Heaven”, recorded at BandEra Studio won the Cubadisco award in the Pop category. Their English version of the song “Súbeme la radio” (Turn up the Radio), by Enrique Iglesias and Descemer Bueno, placed the band on the charts and opened new doors.

On a trip to the Cuban capital for the filming of the documentary Havana Time Machine, Raúl Malo, leader of the band The Mavericks, spent some time with the group, loved what it had to offer and took it to the Nashville scene. They currently reside there and are part of the MonoMundo Recordings artist catalog — which belongs to Malo — and its most recent production is the album “Technicolor”. With their music, the Sweet Lizzy Project has performed on various stages in the United States, but it has not forgotten its Cuban roots.

Its striking stage work, the charisma of its members and, especially, the quality of its songs have made Toques del Río one of the best alternative music groups in Cuba today. This group, created and directed by Zeney Alonso Pérez, has recorded two albums so far: “Pa´ que te sosiegues” (So That You Chill), considered by the renowned music critic Joaquín Borges-Triana as “one of the best albums of this decade”, and “ Las cosas que prefiero” (The Things I Prefer).

The fusion between different styles, from Mambo, Son, Rumba to Rock, Funk and Blues turned this group’s music into a mix that is both pleasing to the ear and encourages dancing, especially with the steps performed by the two singers, PiQ and Alston Junior.

In their shows you can hear from a version of “Celebration” by Kool and The Gang to a tribute to Dámaso Pérez Prado and his unforgettable Mambo No.0.

“I feel that Cuban music is somewhat falling into oblivion.  We want to rescue it for the youngest and that is the reason for mixing the musical memory of those generations and ours. Even if you can hear foreign sounds, our compositions have very noticeable Cuban roots”, said Alonso Pérez, in an interview with the magazine Somos Jóvenes (We are Young).

Zammys Jiménez is the director and singer of “Los locos tristes”. “We always say that we play Rock and Roll, but we don’t like labels. Influences come from everything that turns us on. We are pleased to say that we are a Rock and Roll band that plays in bars and taverns, “she said in an interview.

This band, formed in Santa Clara, in the central part of Cuba, was one of the projects of BandEra Studio, where they recorded their first demo “Tu cara entre la gente” (your face in the crowd). According to Jimenez, the group’s peculiar name (the Crazy Sad) “came from a depression that I had, which was completely normal for me, after going through that period of traveling, returning or not returning, and feeling blue. I was taking prescription drugs and, on my almanac, right next to the time for taking my medication I wrote “pills for the crazy sad”.

The group is completed by bassist Daniel Lezcano, guitarists Adrián Pino and Carlos de la Paz, Henry Fuentes on piano and Saumel Alonso on drums. The video clip for their song “Nostalgia” received two nominations at the 2018 Lucas Awards, the main musical audiovisual event in Cuba.

“Tracks”, Rock to the Rhythm of Claves

Ariel Macias is the director of Tracks. In an interview, he recognized that he created his group in 2016 “with the idea of ​​being able to sing to our generation, which has lost a bit of the spirit of the 90s, when local rock was really popular. It is also the idea of ​​leaving a real mark, because no one will be remembered for playing good covers, but for their own work. This is the spirit of all the BandEra Studio bands, which is where we come from”.

“Tracks is simply an alternative music band in Cuba. But in its most general concept, because separating Rock as a genre from Cuban music is unfair and illogical. We play Rock, but with syncopation, with claves. All that music that, whether we like it or not, we carry in our blood and listen to since we were little, ”Macías told Havana Music School.

The group is made up of Macias, Alejandro Menéndez, Nelson Labrada, Diana Ruz (vocals and keyboards), Alejandro Ruz (synths) and Jesus A. Machado (guitar). Their video clip “Si no vuelvo” was nominated for the 2019 Lucas Awards.

Family adventure through the west coast of U.S.A. with an ex-backpacker