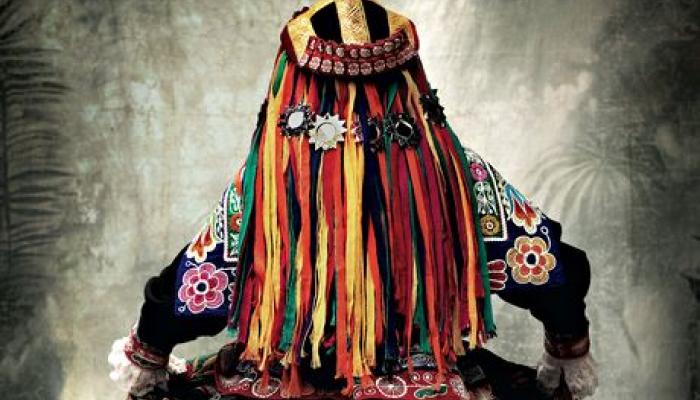 He has taken celebrated photographs of the most beautiful women in the world and his name is synonymous with the glamorous jet-set world of the fashion shoot. Now Mario Testino has his lens focused on ambitions closer to home.

He was born and grew up in the Peruvian capital, Lima, but left in 1977, at the age of 22, to pursue his dreams in London. But, just as the self-confessed anglophile once felt compelled to leave, he feels his hometown drawing him back.

“It’s going through an explosion of everything because everything it lacked when I left, now the other places lack and it’s here,” he says at the private launch of his exhibition at the art deco house he converted into a gallery in Lima’s colourful seaside district of Barranco.

The gallery is part of his arts foundation, the Asociación Mario Testino (MATE) which he launched in Lima in 2012. Through it he wants to create a platform to raise the profile of Peruvian artists and give them the opportunity to study in the UK through internships and residencies. This year, he says, it will bring foreign artists to Peru to “expose Peruvians to things they wouldn’t normally see”.

Testino, 59, who was awarded an honorary OBE last year, has become something of a cultural ambassador between the UK and Peru, he tells the Guardian. “One never really imagines the links between England and Peru as such but I think we have a big link,” he says. “When I arrived in England everyone said, ‘You’re like Paddington Bear’, and I was, like, ‘Who is Paddington Bear?'” he jokes. “Paddington Bear is a tradition in England that comes from darkest Peru but in Peru nobody knows who Paddington Bear is, so maybe it’s the time to make that link stronger.”

Among the photos in his new exhibition are the famous black-and-white portraits of Diana, Princess of Wales, which “catapulted me into this world”, he says. This is the first time they have been shown in Peru and form the centrepiece of his “permanent collection” exhibition.

“Not only did she introduce me to the world, as such, but I got to know a person who was magical and that gave me inspiration to do things today that I thought I would never do.”

Testino has only good words to say about all his leading ladies, it would seem: The British model Kate Moss is the “most fascinating person” he has met, while Giselle Bündchen, the Brazilian model he made super, “represents … what South America brings to the equation: life, energy, happiness positivity”.

But it is his group photographs, with his trademark spontaneity and humour, that he feels best reflect his talent. “I come from a big family,” says Testino, whose 91-year-old mother still lives in Lima. “I grew up with a lot of people around me and our identity as Latin Americans is that we always belong to a group of friends and family. We’re always surrounded by people.”

Internationally renowned for his eye for capturing the instant, the photographer, is increasingly assuming a role in preserving his nation’s rich cultural past. He recently appointed president of the board of the World Monuments Fund Peru , has taken to photographing traditional festivals in the Peruvian Andes. “Not many people know the wealth of our costumes,” he explains. “All the different styles we have all around our mountains … even one province, Cusco, has such variety in the way they dress.”