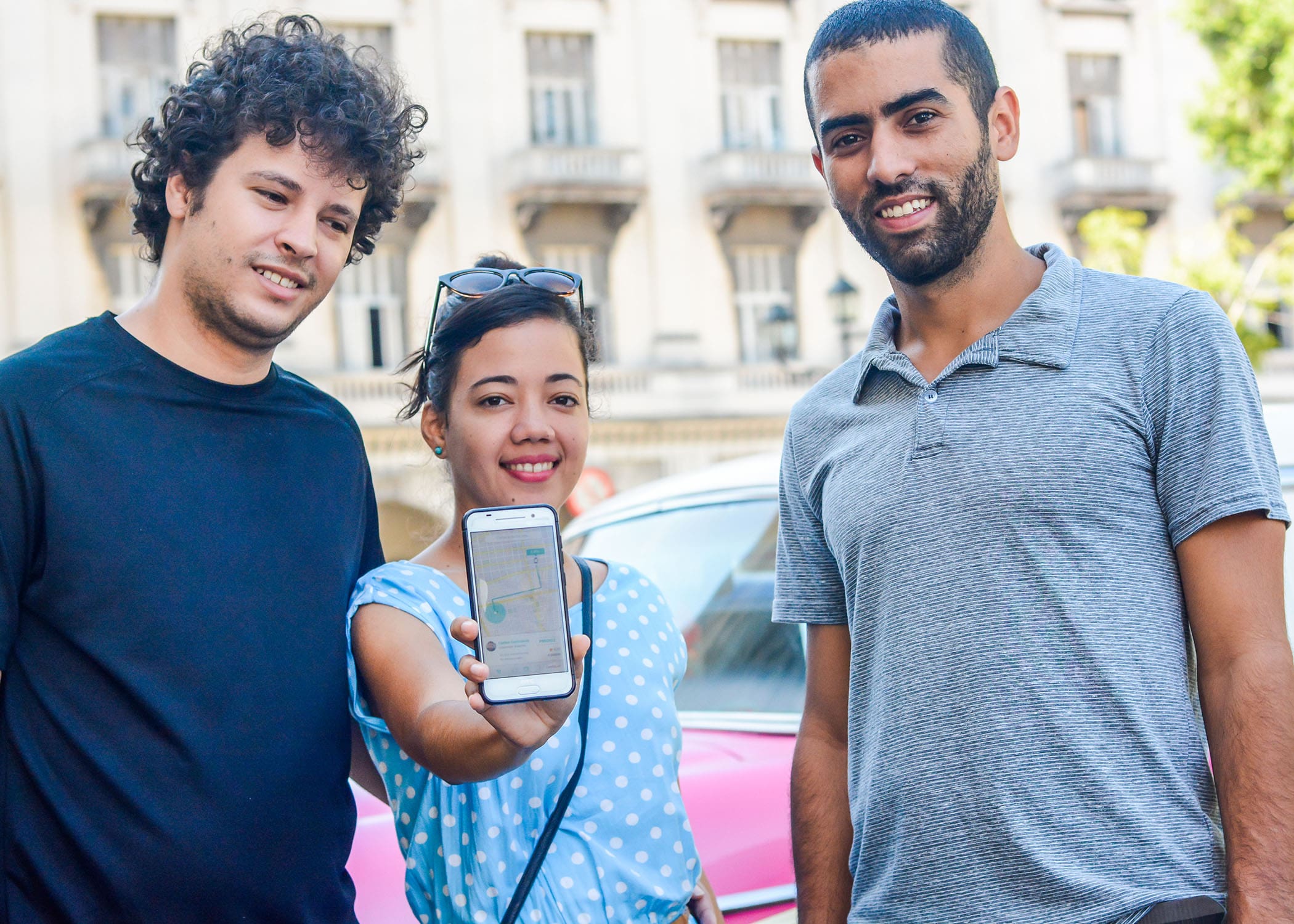 Transportation is a constant headache, not only for Cubans, but also for visitors to the Caribbean archipelago. In view of this predicament, three entrepreneurs decided to create the Sube application, which could be considered the Cuban version of UBER.

Moving across Cuban cities can become somewhat of a challenge. Traditional taxi cabs, universally identified by the color yellow, are insufficient; same thing goes for the buses. Meanwhile, the classic past-century cars, popularly known as “almendrones”, which have stood the test of time with their 1950s structure and modern Toyota, Hyundai and Mercedes Benz engines, are usually forced to stick to routes already established in the cities.

Claudia Cuevas, Darien González and Damian Martin met in college. Life led them to pursue different careers, but they kept the friendship going and, two years ago, while gathered at Darien’s house, they decided that they wanted to launch a project together.

“We were not sure about the idea, but we knew it included a map”, they told PanamericanWorld. “We thought of transportation because it is one of the most critical situations in the country. We are part of a generation that adapts well to mobile phones and we wanted to do something so that people could access it from their devices, “they clarified.

Related articles: The adventure of being an entrepeneur in Cuba

At that time they were unaware of how Uber worked; however, the need itself led them to create “Sube” (hop in). They lived in Alamar, in eastern Havana, one of the commuter towns of the Cuban capital.

In the evenings, when public transport service ended, it was very difficult for them to get home since finding a taxi available so late was even more complicated. That is when a map, the problem and their creative genius combined to create “Sube”.

“When we finally defined the idea and the name, we started to dedicate ourselves to this project during our free time since we all work and the designer has not graduated yet. We used to meet and work at my house and oversee the programming and design development, “recalls Darién, who graduated from Automatic Engineering, while Claudia majored in Tourism.

“Sube” has operating principles very similar to other mobility applications that exist in the world, from Uber to Lyft: from his or her mobile device, the potential passenger requests a trip, indicates where he/she is going and the map shows, through the geolocation system, the nearest taxis and their rates. In this way, passengers can select the one that is most convenient for them.

Payment is always in cash and, so far, it is impossible to share the trip with other passengers. The application is available for Android, at Google Store and the iOS version will soon be available as well.

“We try to mimic what happens on the streets with our app: the driver offers you a price that you accept or reject. That’s where the name comes from. What does the driver tell you if you reach an agreement? Hop in!”, they explained. “We tried to make the interface look close to what Cubans would expect, from the colors to the words chosen”, they added.

Feedback from the drivers and the passengers who use the app has been key for these entrepreneurs. “We listen a lot to our customers. We use the social media, Facebook and Instagram, and we also make telephone calls if there is any doubt. The second version already incorporates new features to make the process faster and more comfortable. We are also looking for ways to reduce data consumption in mobile phones, which is very important in Cuba. So far it is because the map of the application is offline”, clarifies Claudia.

Related articles: Cuba is at the table

In December 2018, Cubans finally had the opportunity to surf the Internet on their mobile phones through 3G connections. This new technological environment has been very important for the growth of “Sube”, which currently has more than 200 taxi drivers registered, not only from Havana, and more than 3000 users.

“We are very excited. We believe that great projects can emerge in Cuba since 3G came out because we have good ideas and good professionals. They just need to go for it and give it their best shot. We always tell other entrepreneurs: try to develop your ideas, “Darién and Claudia recommended.

Two years ago, these three young people decided to turn their dream of a map into an innovative project for a country that is slowly opening up to new technologies. Their venture has garnered so much attention that they were invited to participate in the latest edition of eMerge Americas 2019 innovation and technology forum held in Miami.

“We have many ideas that we want to incorporate in the future. We are putting in our best efforts.  It is a project born out of friendship and it is an idea that we all nurtured and cultivated. We saw how the public, our friends and our family reached out to support us. We will definitely give it our best shot”, Darien acknowledged with total optimism. 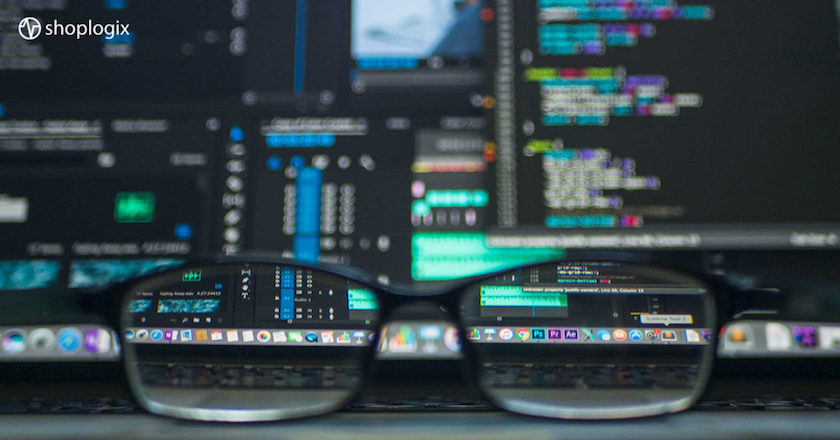 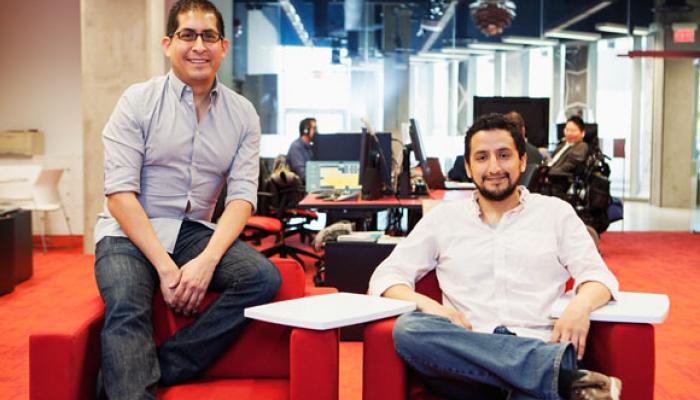 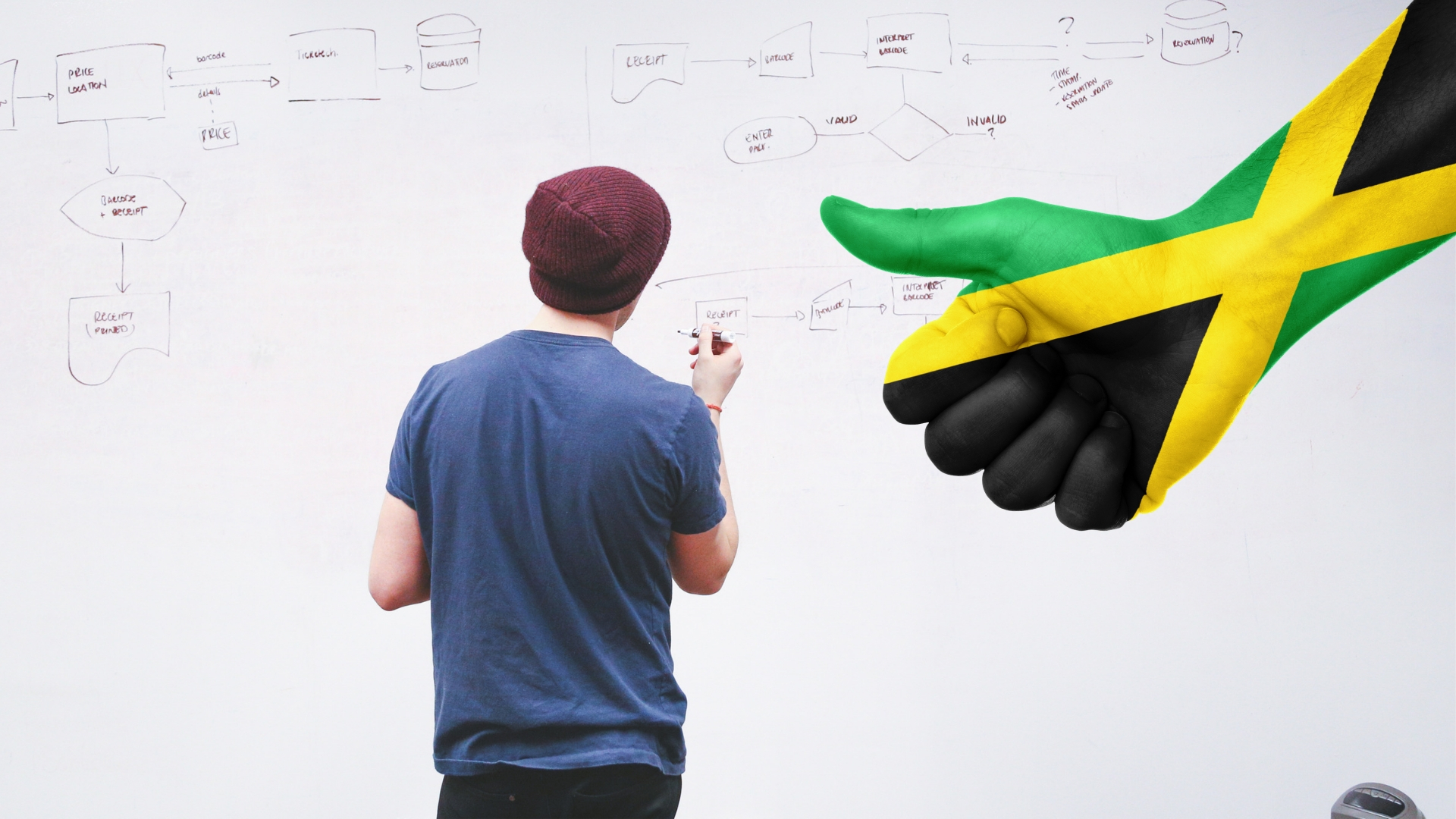