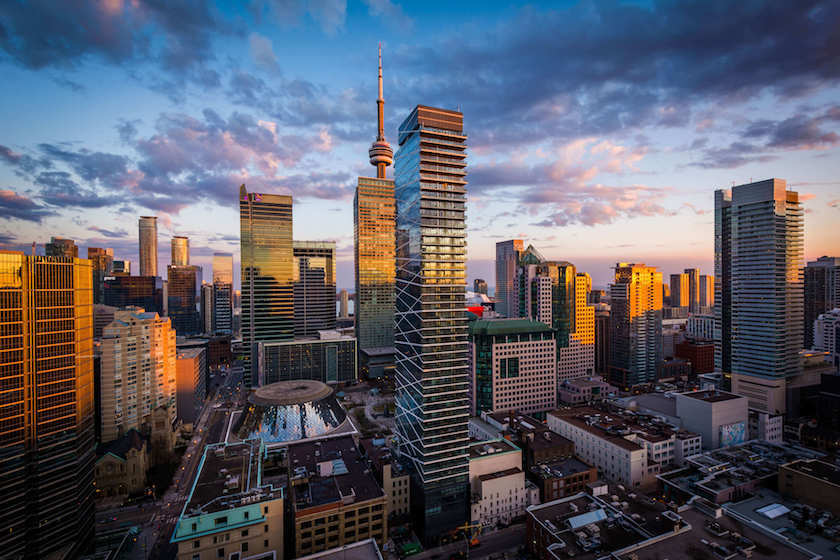 This comes from the CBRE’s 2019 Scoring Tech Talent report, which ranked Toronto as the third strongest tech market overall, rising the ranks from last year to surpass Washington, DC. Ottawa also scored on the ranking, placing 19th.Toronto, San Francisco and Seattle… are attracting the best in the industry

“We hear about tech more and more, but in a thriving city like Toronto, the impact of tech companies and the growing influence of tech talent cannot be overstated. Tech job growth has a multiplier effect in the economy,” says CBRE Canada Vice Chairman Paul Morassutti. “Toronto, San Francisco and Seattle are comfortably mentioned in the same sentence and are attracting the best in the industry.”

According to the report, Toronto also offers high quality talent for a fraction of the cost. Comparable tech talent in Toronto costs less than half that of San Francisco and about 50% less than either New York or Seattle.

Toronto had the third lowest cost of doing business overall, and both Toronto and Ottawa are in fact more inexpensive to do business in than any American city listed. This is due to large savings on both office rents and talent costs.

While some cities on the list did not produce enough jobs for all their graduates, Toronto created over 57,000 more jobs than graduates over the previous five years, making it the number one “brain gain” destination in North America.

Ottawa ranked as having the second highest tech employment concentration. 9.9% of Ottawa’s workforce is employed in the tech sector, only 0.1% behind San Francisco, while Toronto ranked third.

Hamilton and the Waterloo Region were also identified as two of the fastest growing opportunity markets. Hamilton’s tech employment grew by 52% over the past five years while Waterloo’s grew by 40%.

Toronto, San Francisco and Seattle are attracting the best in the industry

Tech talent concentration, the percentage of a city’s total employment represented by tech, is the metric weighted most heavily, as it signifies clustering of tech workers in an environment that’s conducive to innovation.

Graduates do not always remain in the labour market where they earn their degrees, and some cities experience a brain drain. Not so in the case of Toronto, which tops the Tech Talent ranking for its strength as a tech job creator, having added 57,634 more jobs than graduates between 2013 and 2018.

This is greater than the San Francisco Bay Area and Seattle. Vancouver is fifth for the pace of job creation and added 11,160 more tech talent jobs than graduates over the past five years.

“Canada’s 832,900 tech workers, 5.3% of the nation’s total workforce, have an outsize impact on real estate markets and the broader economy,” noted Morassutti. “Tech talent workers are fueling innovation and adapting technology within the non-traditional sectors to increase productivity and strengthen the Canadian economy.”