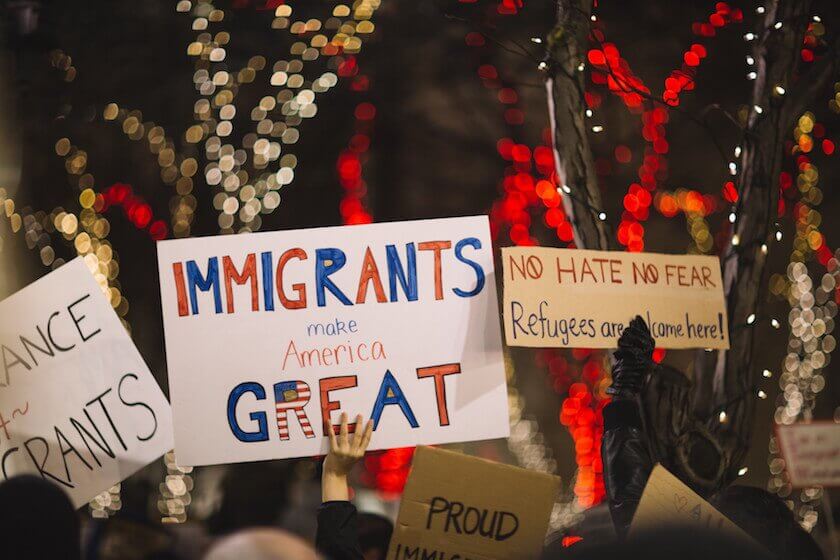 Things are increasingly harder for immigrants in the United States. The anti-immigration policies of  Donald Trump and his ever hostile rhetoric towards Latin American migrants have generated a climate of great tension.

The recent attack in a mall in El Paso, Texas, where 22 people were killed, has been the most dramatic expression of a disturbing social drift.

The perpetrator of the crime, identified by the authorities as 21-year-old Patrick Crusius, carried out his attack in this city of Texas bordering Mexico, in which 8 out of 10 inhabitants are of Hispanic origin. A “manifesto” attributed to Crusius said that they, the Latinos, were his lethal target.

Trump‘s public statements against immigration have generated an open rejection in many sectors of American society and, above all, has negatively affected the field of entrepreneurship and startups, which are largely nourished by the talent that the United States is able to recruit in other countries.

The United States is no Longer the Natural Route for Startups

Since Trump’s arrival to the White House on January 2017, there has been an alarming decline in the number of young talents in fields such as technology or finance who choose the United States to develop their professional career.

What was until recently the natural route for millions of young people around the world has shifted with a 12% drop in net migration to the US in this period, according to Census Bureau data.

Canada, which maintains an open doors policy and has made efforts to promote immigration among entrepreneurs and citizens with a high professional profile, is one of the great beneficiaries of this period of shadows and hostile policies.

Immigrants have been demonized to the point that many experts analyze the current situation in the United States, without bias, as a full-blown immigration crisis.

And statistics show a very different reality from the one that the occupant of the White House is determined to impose.

Immigrants are More Enterprising than Americans

According to the entrepreneurship rate indicator of the Entrepreneurship Index, which establishes the index of patents created in the country and is considered a thermometer of the health of new American companies, the percentage of entrepreneurs who are immigrants is currently close to its maximum in the last 20 years.

It is no accident that the heart of the US startup scene, Silicon Valley, is San José, which has the highest percentage of immigrant entrepreneurs in the US.

While the US population averaging 20 to 35 years old lacks the drive that their parents had to start a business for themselves, immigrant entrepreneurs of all ages are taking advantage of the most favorable access to capital and are moving more firmly into a labor market that shows the lowest unemployment rate since 2000.

45% of Fortune 500 companies, the 500 public and private US companies with the highest annual revenue, were created by immigrants and their children.

Data from the Annual Survey of Entrepreneurs of the US Census Bureau shows that the percentage of immigrant-owned businesses with employees increased from 14.3 percent in 2007 to 16.1 percent in 2015, the most recent year for which data is available.

That is a great wave of economic activity, and is not limited to small businesses. Immigrants start and run businesses of all types and scales, from small stores on Main Street to high-growth technology companies and large corporations.

45% of Fortune 500 companies, the 500 public and private US companies with the highest annual revenue, were created by immigrants and their children.

Immigrants will be Key in the Future of the United States

In addition, the National Foundation for American Policy reports that more than half of all technology unicorn companies (valued at one billion dollars) have an immigrant co-founder.

According to the Pew Research Center, the USA is home to more immigrants than any other country. The foreign-born population reached a record 44.4 million in 2017. It is also projected that immigrants will boost the future growth of the working-age population by adding almost 18 million people to the labor market until at least 2035.

“I think the Trump administration has hit our legal immigration system with a wrecking ball. Our economy is ultimately much less competitive.”

As recently indicated to the Business Insider by Ali Noorani, executive director of the National Immigration Forum, a nonprofit advocacy group, “people around the world are thinking twice before taking a trip to the United States to start a business or pursue their dream of higher education.”

“I think the Trump administration has hit our legal immigration system with a wrecking ball. Our economy is ultimately much less competitive. ”

In this clash between statistics and a reality that Trump strives to twist, some American startups that believe in the value of immigrants for the country’s growth have emerged and developed products and services to facilitate their rapid and sustainable integration into the country, mitigate the administration’s agenda and alleviate some of its most damaging policies.

These are the stories of some of the startups that help immigrants become full citizens in the United States.

Related article: Five Latino Startups that are Succeeding in the United States

Finhabits is a bilingual digital platform created by Carlos García, a Texas-born MIT graduate and the son of Mexican immigrants. The startup is dedicated to encouraging investment and planning the long-term finances of Hispanics who have inherited a poor understanding of the financial system from their immigrant parents.

Finhabits was launched last year to a world crowded with automated advisors, saving apps, online credit platforms and other tech companies. Finhabits is one of the few platforms focused on demystifying stocks and bonds for Hispanics, particularly young professionals who have the means to start investing.

“Hispanics are very tenacious workers and we are able to generate quick income for our families. Sometimes we are good at saving, but we tend to keep the money under the mattress”, says Garcia, who had previously founded two other companies.

Other financial startups aimed at Hispanics have focused on immediate financial needs: paying debts, building a credit history or having access to loans.

Xiao Wang created Boundless in February 2017, a service that helps applicants complete their residence card applications online for $750 (much less than the usual attorney fees, ranging between $2,000 and $ 5,000).

Boundless also has a network of attorneys that review each application to make sure it is error free. On the Boundless website, about 7,000 people a month initiate their applications and, so far, the company has a 100% success rate once applicants reach the interview stage of the process.

When Xiao Wang arrived in the United States as a child, his parents spent five months of their rent money on lawyers to help with the family’s green card application. And in their community, everyone had a story to tell about how to navigate the maze of United States Citizenship and Immigration Services, with its endless forms, confusing questions and thousands of dollars’ worth in legal fees.

Borderwise algorithmically evaluates which forms an applicant must fill out, helps with data entry and provides access to a real lawyer who consults with each client and reviews their forms, all for $500.

Since its launch in Spring 2016, Borderwise has helped with more than 500,000 green card applications, both through an online portal and a practical management service so that immigration attorneys can follow their cases.

The company was founded by Jeremy Peskin, a Canadian corporate tax lawyer who went through the green card process and was frustrated because, even as a lawyer, he had real trouble understanding it.

Peskin partnered with the immigration lawyer he hired to help him, James Pittman, and in 2015 they created Borderwise. In 2016 the company also began offering the use of its platform for a dollar to anyone with a salary below $30,000. “Obviously, users came by the droves”, says Peskin.

“I was surprised by the number of people eligible for legal status who simply had not submitted their application.”

Nova Credit is a startup co-founded and led by Nicky Goulimis that helps newcomers to the United States build their credit history, offering them an easier way to pursue their vital and professional goals in the United States.

Goulimis grew up in the United Kingdom but soon moved to the United States to study at Stanford University. There, she and her classmates realized that immigrants and newcomers to the States had difficulty proving to their bank that they were creditworthy, something that in many countries is proven through a “credit score” or a personal “credit passport”.

They decided to create a university project to further something known as “global credit migration”. Her experiment was a success and Nova Credit is now a San Francisco-based company.

Unshackled is an early-stage venture capital firm. It was created to help immigrant entrepreneurs stay in the United States while pursuing their entrepreneurial dreams. Unshackled Ventures sponsors visas and provides full immigration support.

The firm invests in immigrant founders and helps them obtain visas so they can move past their corporate job and focus on their startup. Today, Unshackled announced its second capital fund of 20 million dollars, topping its debut effort valued at 15.5 million.

The firm was founded by Mehta, son of immigrants, and Pachisia, an Indian immigrant, in 2015. Since then, the duo has signed pre-seed checks to 31 companies with a 100% success rate in procuring visas to keep talented people working in their startups while regulating their legal status in the country. 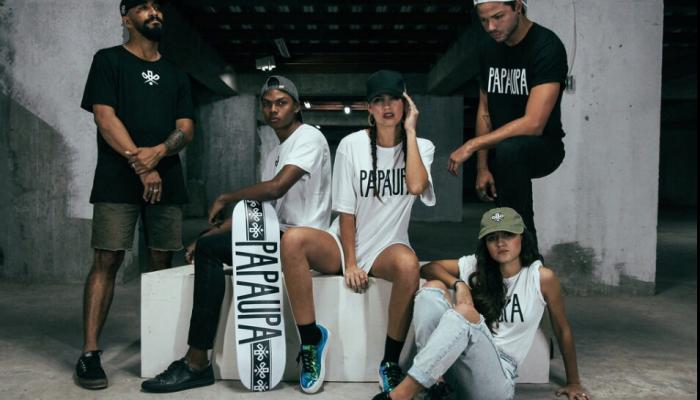 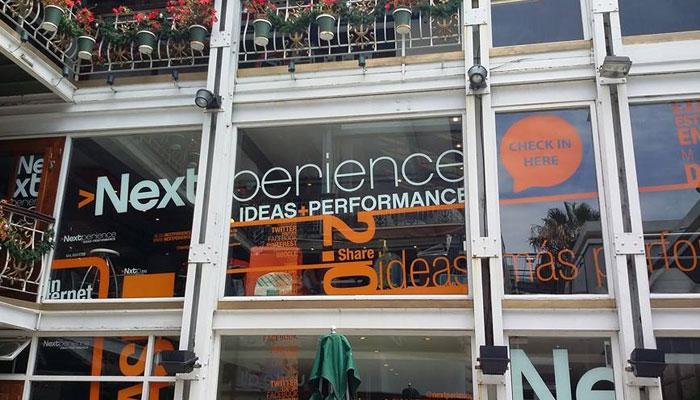 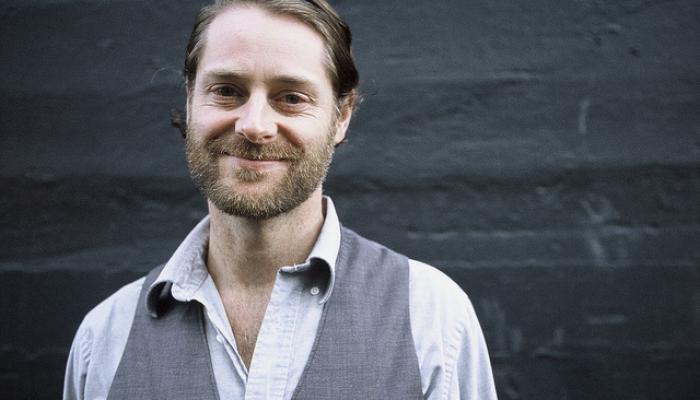 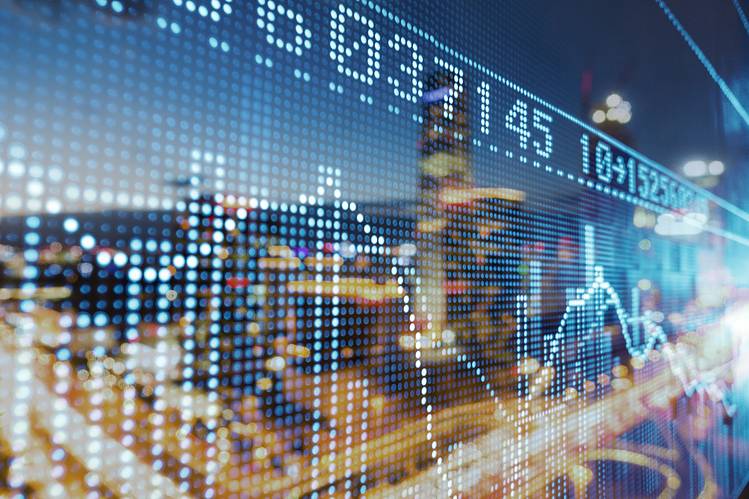