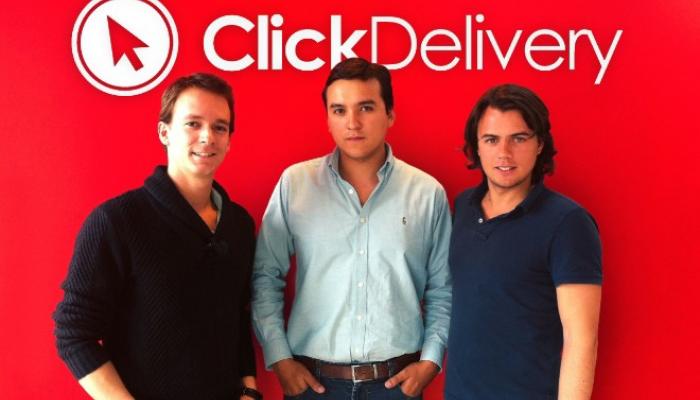 Meet the few Latin American Startups that were Sold Recently

The end of 2013 and the first month of 2014 seemed to be a promising period for the exits (sells) of excelling Latin American technology companies.

These acquisitions were part of an exit momentum originated in Brazil. Two years earlier, an active market had Brazilian companies buying each other, being bought by global companies, or even buying other Latin American companies.

But such momentum didn’t make it through 2014.  Exits in the region have become very rare. Few exceptions could be made, like the intense activity of the German online delivery company Delivery Hero. This company bought the Urguayan PedidosYa, the Colombian ClickDelivery and the Mexican TasteSpace, among others.

But first of all, why is it important for a startup to think about an exit?

If we think about the growth options for high impact technology companies, the reality is rough. Getting enough users and acknowledgement in Latin America is a much slower process than it is in developed markets.

Moreover, getting an IPO is a challenge unsuitable for many: MercadoLibre or Globant are companies that have had to wait years before making it to the stock market, while others with many years of business and solid established markets (such as Despegar.com) haven’t made it yet.

According to Vanesa Kolodziej, co founder of Nazca Ventures, you have to create companies thinking about an exit at some point in its life cycle, because it is very unlikely that companies in this market make it on their own without any source of external financing.

“If we look at the options startups face, the amount of companies that could, for example, get an IPO is tiny. At some point it was common to say that when entrepreneurs were asked about their exit strategy they should always say “none, I will be with my company until the end”. The dichotomy lies, however, in the fact that you really appreciate an entrepreneur when he or she has gone through the whole cycle, which includes having sold a company” she explains.

In this sense, Kolodziej says that technology companies in Latin America have to be ready to be sold, or to merge.

“This implies having all the legal, operative and fiscal operations in order. It means you have to have a culture open to changes, and you also have to be very practical. For example, you can create software that is easily integrated with other software. All these things have to be taken into account depending on the market they are going for”, she said.

What happened with the lack of exits in the area? According to Kolodziej we have to put things into perspective.

“When you analyze the fact that there are no exits in Latin America, you can’t forget that there haven’t been any exits in general. In the US there aren’t as many exits as you would think. What is happening is that, since there is such a large amount of companies, even if many exit, these are still a small number proportionally to the total amount of existing companies” she argues.

In the US, there is a phenomenon that is not common at all in Latin America. This phenomenon is known as acqui-hiring (companies that are bought to absorb their work teams.) Even though a few years ago being acqui-hired had a negative connotation, today it is a good alternative for Latin American companies.

“In the US there are a lot of acqui-hired companies, which doesn’t really happen in Latin America. There are only a few exceptions, such as the Comenta.TV exit”.

There is another element that adds up to the lack of acqui-hiring. In the past few years, many global companies thought that the option of buying local companies was the most adequate way to enter Latin America (this is is the case of Evenbrite when they bought Eventioz). This was because they could enter a new market with big potential in a very short time, and with the support of a local partner familiarized with the market, the culture and the ground in general. This meant a lot of monetary, time and effort savings for these companies. The scenery today however, looks different.

“Today many companies are having an easy time taking initiative on their own. Buying other companies is less profitable every time, because you have to adapt to a new culture, among other challenges. Studies have shown that the proportion of M&A (mergers and acquisitions) that work out is very low: less than 30%. This can also be a decisive factor”, Kolodziej affirms.

In this sense, after a 2012 and 2013 of strong investment in the region, 2014 was a year of retraction in which many global companies decided to enter the region on their own.

“Uber came on its own to Latin America. The same happened to Airbnb. They didn’t come here buying other companies. I am under the impression that many who you would have thought would’ve bought companies didn’t, and decided instead to make their own story in the region”, Kolodziej explained.

The co founder of Naza Ventures finally says that the deceleration of the Brazilian market has had important consequences for the general situation of the area.

“If you look at exits in the previous years, many have happened in Brazil or have come from Brazilian companies buying a regional competitor or another Brazilian company. Today, the Brazilian market is very slow in terms of investment. You cannot see the same amount of movement as you would have two or three years ago”, she pointed out.

What must Latin American startups look for in your opinion?

The challenge, according to Cappello, is less about global exits and more about creating companies that will solve local problems and that can be bought by local economic groups that can energize the Latin American economy.