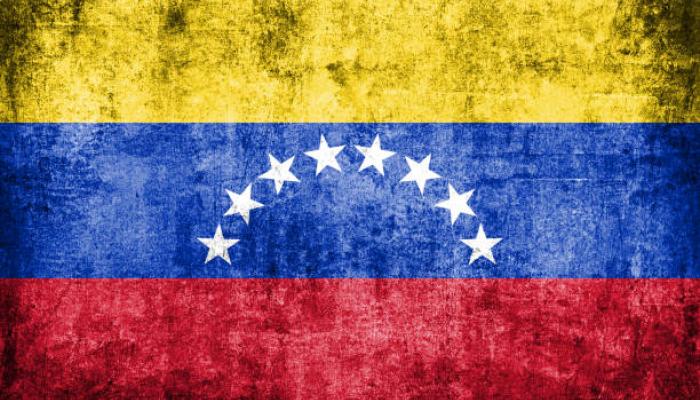 The “Systemic Conditions for the Dynamic Undertaking in 2017 in Latin America” report published by the Sarmiento’s General University (Argentina) refers that Chile is the most undertaking country in the continent, in the 33rdposition, just a little below Turkey and Spain. We have to go deeper to find Venezuela, which is 69th only ahead of Guatemala.

The political and economic situation of the country does not offer the best circumstances to develop business projects in the country. The experts point out that the absence of a stable context is the main deterrent element for investors and undertakers. The World Bank has located Venezuela in the fourth place of the list of the most difficult countries to make businesses with, to the height of countries desolated by war like Libya or Sudan.

In Venezuela the necessary average to open a business is of 230 days, while in Colombia only six are necessary. In spite of the challenges, the Telefónica accelerating, Wayra, has helped to establish forty five companies oriented to the technology in Venezuela in the last five years. Thirty five of them remain in operation. According to the data managed by Wayra, twenty new startups are created in Venezuela every year. In a more favorable business environment, that figure could multiply by ten, they affirm.

Startup Weekend, an organization that leads campus to help managers to launch their projects, celebrated six events in four cities of Venezuela in 2016 but last year they decided to postpone them due to the crisis. It is a symptom of the difficulties to develop a robust startups’ ecosystem and with capacity of growth. But that doesn’t mean that there is no talent. There is enough for giving and selling. In fact, every time, the phenomenon that this very article shows is more outstanding: the Venezuelan undertakers create their startups, but, in many cases, outside of Venezuela. Colombia, Mexico or United States are the countries that, mainly, are taking advantage of this talent drainage.

The Zomoz startup, speeded up by Wayra, was one of the startups to participate in the `Colombia Startup & Investor Summit 2017´. It is about an online community that offers new options to enjoy the leisure and the free time through a long list of offers and proposals. Thanks to this strategy it has generated an important demand of information that has put in contact thousands of people through a wide variety of tourist and recreational activities.

They highlight, clearly, the options that integrate the package of trips, adventures, gastronomy, fitness, photography, tours, art and culture. The startup is present in Venezuela and Colombia and allows not only to acquire information but also to share it with other users. And the thing is that Zomoz connects independent professionals, guides, professors or amateurs of some activity, with people that want to live new experience or to learn something new.

App uPPyx has the “made in Venezuela” in its DNA but it operates in Miami. It is about a mobile application that allows to rent vehicles in the North American city and with which people choose the comforts that they need to move through the American city. It is available in the app stores Apple and Android. The application already bills with near 1.000 users and a superior fleet to 1.500 vehicles. Their growth seems unstoppable. Behind uPPyx is Alberto Freites, a Venezuelan undertaker, man that grew up in Miami. “What we do is to put the cars within reach of the clients’ mobile devices. Our message is that we align the user to a new experience and improve in the delivery of a service”, he points out. uPPyx looks for expanding to other countries and within its plans is to be introduced in the markets of Spain and Canada, as well as to continue its expansion toward other cities of Florida.

Kavak, a Venezuelan startup created in Mexico that has changed the traditional pattern of on-line purchase-sale of used vehicles. Before being launched, it lifted an amount of capital of 3 million of dollars from the fund led by Mountain Nazca, one of the biggest in Latin America. The startup that takes the name of Kavak, in honor to the origen of a cascade in the National Park Canaima in Venezuela, assures that it can transfer the vehicles that it sells to any part of the world. It also offers a new service that most of competitors don’t have: it offers the possibility that the users can find cars to buy.

The platform was founded by Carlos Garcia and the Laughlin, Roger and Loreanne siblings, all with great experience in e-commerce. In 2016 the Venezuelans left their works in their respective companies to start in this market in which, as they estimate, only in Mexico deal from 4 to 5 million used cars a year, 80% of which are negotiated among private people. It is about a bigger market than that of the new automobiles according to the `Mexican Association of Motor Vehicle Distributors´. .

Apetoi.com is a 100% Venezuelan startup which objective is to identify and to organize the people who offer service for the home as carpentry, painting, cleaning, security, remodeling and construction, among other associate services, giving the possibility to offer and to show the quality of their work. At the present time it has near 400 offered services. “In Apetoi.com we look for dignifying those who lend these services considered occupations, whose value is not always recognized appropriately. For us, the result of the works of many of these people can be considered even an art”, points out Armando Goncalves, founder of the company.

The business pattern is based on the patronage and in brands that associate to the platform, because of its relationship with the services that are offered. Their scheme becomes profitable for the quantity of offers and potential buyers that more and more visit the site and allow increasing the traffic, making the investment attractive for the brand that wants to be associated..

PleIQ has developed an educational intelligent toy that combines AR (augmented reality) and artificial intelligence (IA) to create interactive and adaptive learning experiences to stimulate the learning and the creativity in pre-schools. The offer consists of a pack of intelligent physical toys with letters, numbers and other symbols and a mobile app of accompaniment. Behind PleIQ, there is Edison Durán that has become one of the winners of Latin America 2017’s Innovative below 35 of MIT Technology Review in Spanish.

PleiQ has a tangible and a digital component. The physical part consists of eight cubes set with letters and numbers, among other symbols. The digital component is a mobile app, available for tablets and smartphones. This combination, along with the use of the increased reality (IR), allows that each illustrated symbol in the cubes becomes an interactive animation in 3D. This technology allows exploring objects of the environment in real time. And, when combined with virtual elements, it creates an experience beyond reality. 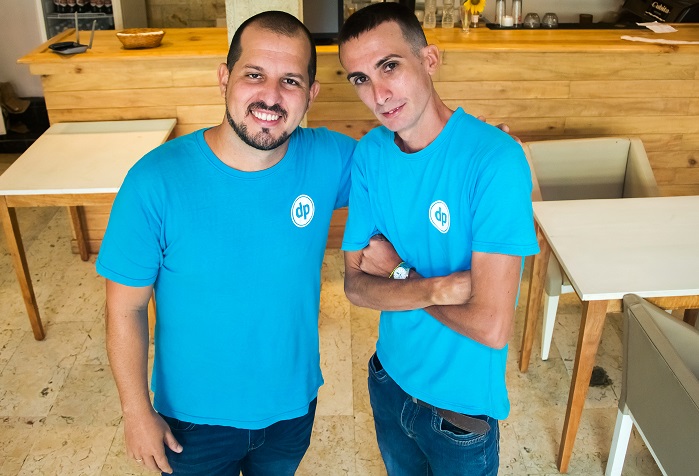 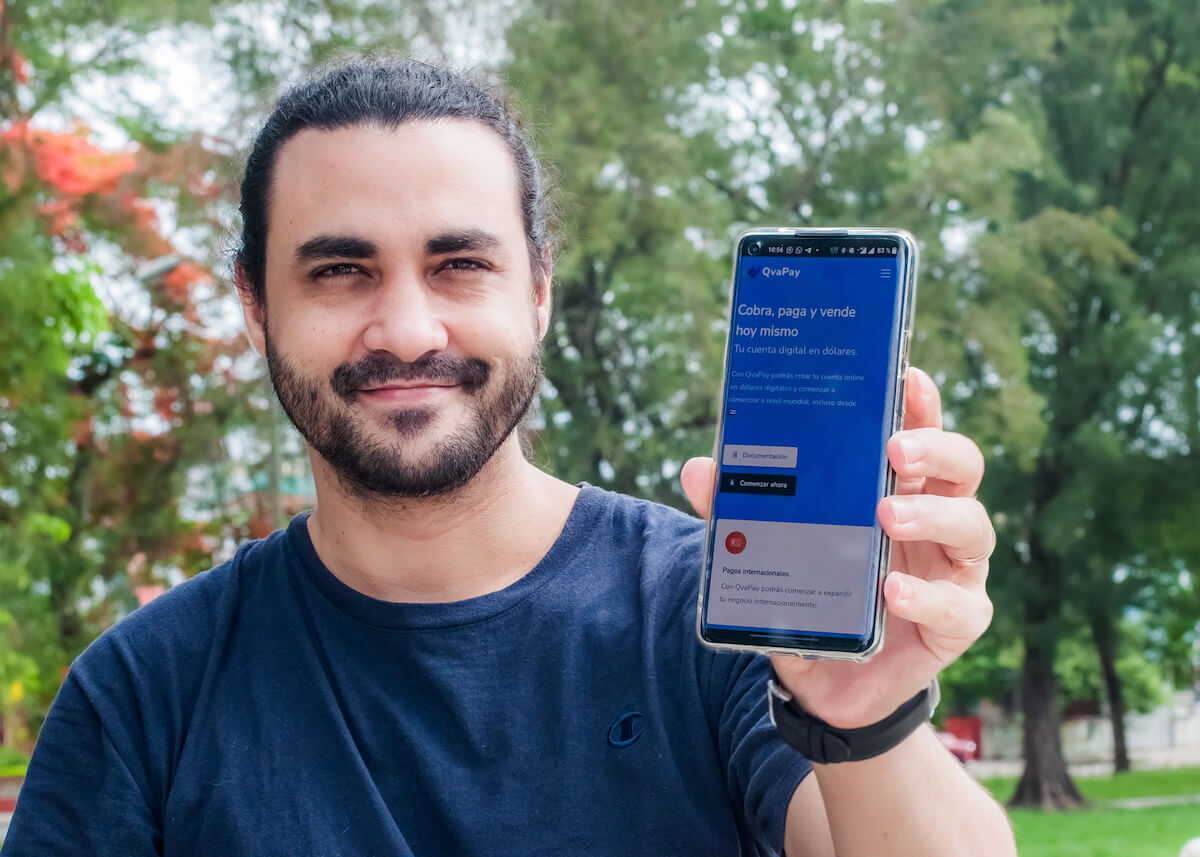 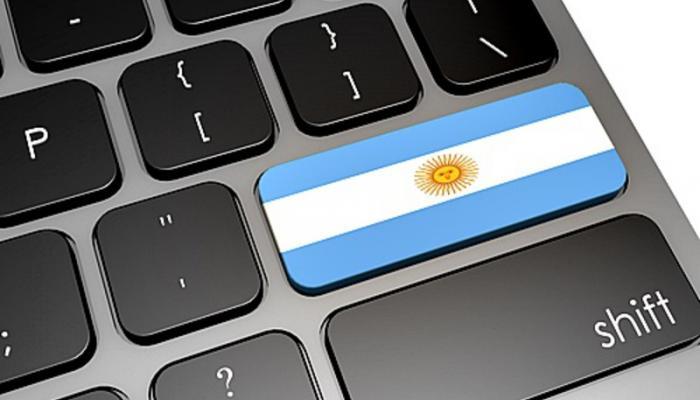 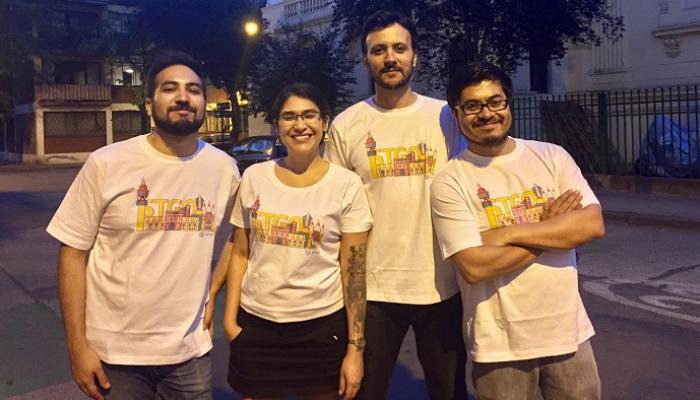