10 Penalties that Triggered Celebrations and Nightmares in FIFA World Cup 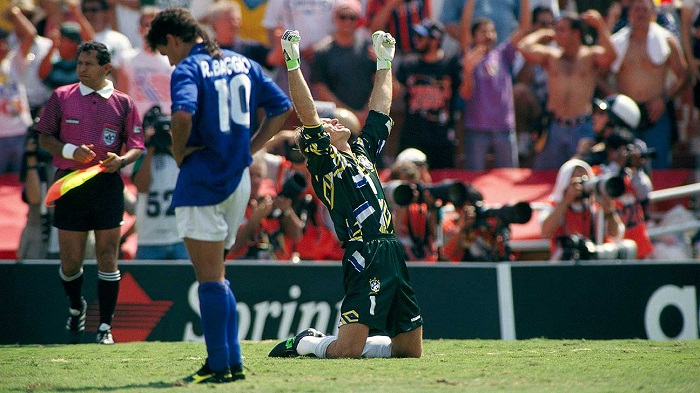 Shooting a penalty is one of the most intense moments in a soccer game. This is a team sport, but in that very moment, when time seems to be stopped, both the kicker and goalkeeper feel like they are the loneliest people in the universe. Each rival tries to find out what is going through the other’s mind. Which leg is he going to use? Where will the shot go? The kicker runs, sometimes in slow motion, sometimes with excessive acceleration; he shoots… and, within seconds, the silence carpeting the stadium becomes uncontrollable rejoicing. In the history of FIFA World Cup, two finals have been decided by penalties.

Germany has never been defeated when it comes to shooting from an 11-step distance (it holds a 4-0 record); while England has never been successful in this aspect (0-3). Since Mexican Manuel Rosas scored the first penalty in FIFA World Cup, against Argentina, in the opening edition held back in 1930, 80 percent of these shots have been successful. Which of these goals have made more headlines? In PanamericanWorld we put on the table 10 unforgettable penalties.

Germany witnessed in 2006 the second World Cup decided by penalties. Italy and France played an intense game, with a high dose of polemic. The French team was leading the scoreboard thanks to Zidane’s goal; however, the azzurris tied the game with Marco Materazzi. Curiously, these players took center stage in one of the most famous incidents in a final: Zidane was upset because of a series of insults uttered by Materazzi, so he headbutted the Italian defense. Argentinean referee Horacio Elizondo gave him a red card, so the 1998 champions lost their leader. In penalties, David Trezeguet missed his shot and Fabio Grosso had the opportunity to give Italy its fourth crown. The player fooled goalkeeper Fabien Barthez and triggered the azzurri celebration.

In its first unified World Cup, Germany was the great favorite in the final against Argentina, back in 1990. The Teutonic team were on top of the game, but the Argentineans somehow managed to freeze the scoreboard in 0-0, after the expulsion of Pedro Monzon and Gustavo Dezotti. After 85 minutes, sadly famous Mexican referee Edgardo Codesal “invented” a penalty and favored the Europeans. Goalkeeper Sergio Goycochea, who was key to Argentina’s qualification, read the direction of Andreas Brehme’s shot, but he could not stop it and Germany became a world triple champion.

Zinedine Zidane is an idol in his country. There is no way his fans forget the two headers scored by “Zizu” in the final against Brazil, back in 1998. Eight years later, the French player was the decisive scorer against Spain and Portugal, which took the “Bleus” up to their second game for the world crown. The game against Italy began in a great way for France, since the referee gave a foul in the area and it became a penalty. Zidane took the ball and went beyond experienced goalkeeper Gianluigi Buffon with a spectacular Panenka-style kick.

Costa Rica’s team was one of the great sensations during the 2014 Brazil World Cup. Not many people believed that the Costa Rican team would make it through the “death team”, made up of Italy, England and Uruguay; nevertheless, the Central American players were the winners of the group, with seven points. In the round before quarter finals, a goal delivered by Greek Sokratis in injury time equalized the game and sent it to penalties. Michael Umaña scored the fifth and decisive goal, so that first the first time in history Costa Rica became one of the top eight teams of the world. The next game, against Holland, was also decided by penalties, but Bryan Ruiz and Umaña missed their shots and the Europeans won 4-3.

BAGGIO, A KICK TO THE CLOUDS THAT SANK ITALY IN 1994

The final of the World Cup hosted by the United States in 1994 was written down in record books, since it was the first time the champion was decided by a round of penalties. Moreover, all decisive games had had at least one goal, but neither the Brazilian team nor the Italian players could make it. The great azzurri star, Roberto Baggio, was tasked with shooting the fifth penalty. Italian fans were waiting for their 10 to score and buttress their hopes; nevertheless, Baggio kicked the ball up to the clouds and Brazil became a four-time champion. The image of an inconsolable Baggio after his failure is part of the history of World Cups.

During the quarterfinals of 1986 Mexico World Cup, Brazil and France had a great game. In the second half, a foul in the area gave Brazil a penalty. Zico was in charge of taking it. If Zico had done it right, Brazil would have gone to the semifinal, but he missed the shot. The game finished 1-1 and Zico scored in the round of penalties, but his teammates Socrates and Julio Cesar did not, so France got the green light.

The Italian fans were hoping to see their team back in a world final in the 1990 edition of the event. In the semifinal game, the azzurris faced Maradona’s Argentina at San Paolo stadium, in Naples. The European team had the lead, with a goal kicked by Salvatore Schillaci, but Claudio Caniggia drew level. There were no more goals, so the game was decided by penalties. The first three players from each team scored goals, but in the fourth round goalkeeper Sergio Goycochea caught Roberto Donadoni’s ball; then, Maradona serenely scored his penalty and silenced the tifossi. Italy needed Aldo Serena’s goal, but Goycochea took him down as well and Argentina moved on to its second final in a row.

ASAMOAH GYAN, GHANA DOES NOT WIN IN SOUTH AFRICA

Ghana was the African team closer to playing a World Cup semifinal. In 2010 South Africa, this team faced Uruguay in quarterfinals and the game was tied in the last minute with one goal. A shot seemed likely to enter the goal that was defended by Fernando Muslera, but forward Luis Suarez stopped the ball with his hands. Portuguese referee Olegario Benquerenca sent him off and gave a penalty. Asamoah Gyan had Ghana’s win in his feet, but he missed the penalty. The match finished with a round of penalties and Muslera was the hero by catching two balls.

Spain does not forget what happened in the quarterfinals of the Korea-Japan World Cup, in 2002. The “Red Fury” was the great favorite to defeat South Korea, but Egyptian referee Gamal Al-Ghandour had an unfortunate afternoon and his mistaken decisions brought about a 0-0 scoreboard. In the round of penalties, Joaquin missed his kick and the locals climbed to the semifinal.

Brazil and Holland played an unforgettable semifinal match in the 1998 World Cup. Ronaldo gave the South American team a leading point, but forward Patrick Kluivert equalized the game three minutes before it came to an end. They went to penalties. The Dutch team hoped that goalkeeper Edwin van der Sar could stop the Brazilian shots, but he couldn’t and Claudio Taffarel saved the day by intercepting Philipe Cocu’s and Ronald de Boer’s balls. 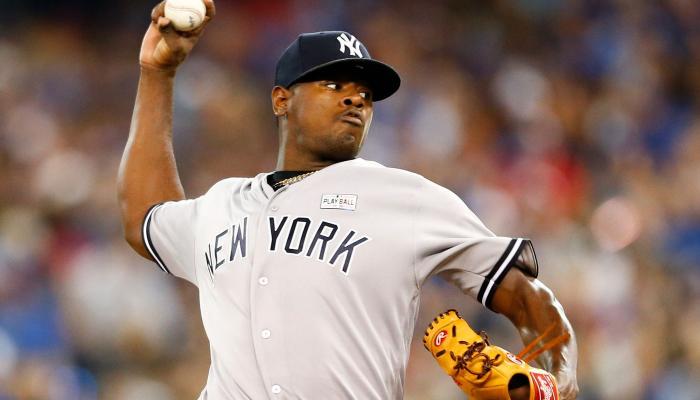 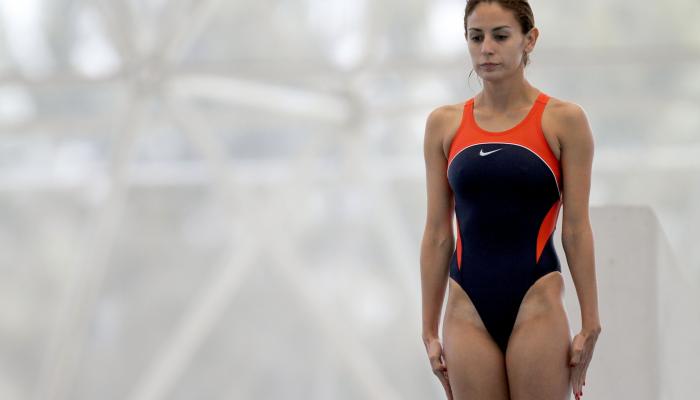 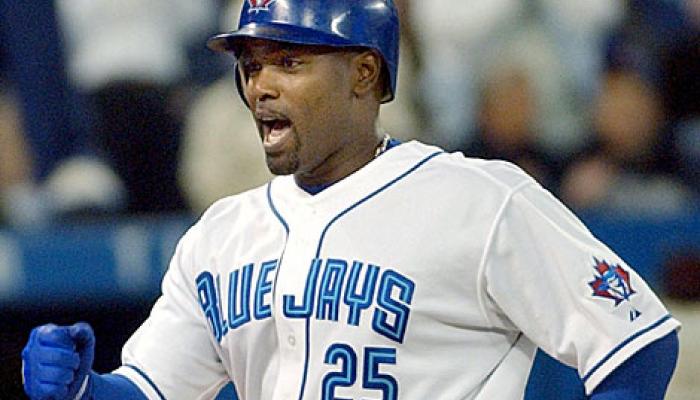 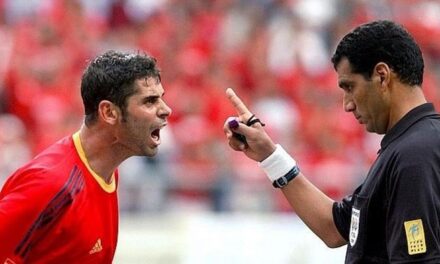