Inicio > Sports > Sports-Cuba > Baseball: A Diplomatic Piece in the Thaw between Cuba and the United States 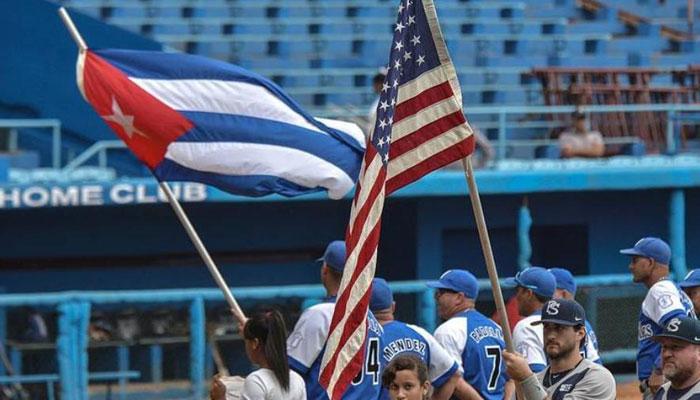 Baseball is a passion shared by both Cuba and the United States. These countries’ national sport has been one of the pieces with different movements in the diplomatic chess played by Havana and Washington since the thawing-out of the relations, back on December 17, 2014.

Over the past two decades several Cuban baseball players have signed contracts worth millions with different MLB teams. In other countries of the region, especially in the Dominican Republic, over 200 Cuban players are waiting for an opportunity to step into the highest level of professional baseball. Both those who were hired for seven or eight digits and the ones that dream about it share a common element: they had to definitively leave Cuba, an essential requirement before beginning the long and sometimes tortuous process to become a free agent.

The US Embargo, in force for over half a century, stops Major League Baseball (MLB) from establishing any kind of negotiation with baseball players that live on the Island. As a result of this situation, several players have contacted smugglers to take them out of the country, in exchange for a significant percentage of the future contract. In order to make sure that they’ll get that money, the smugglers have issued physical threats against the baseball players and their family. The examples range from Yoenis Cespedes to Leonys Martin and Yasiel Puig. 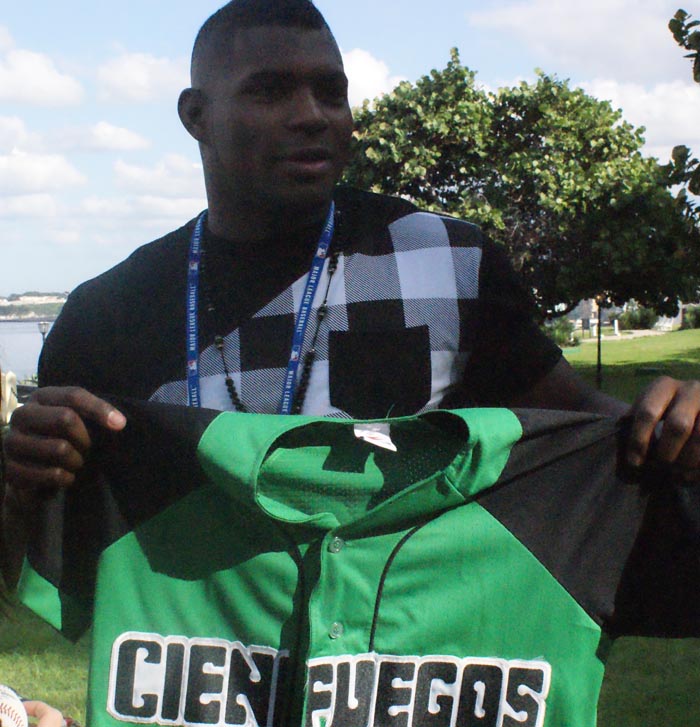 Could this situation change in the near future? Perhaps the answer to that question would’ve been a categorical “no” two years ago. The situation is different today because of two important elements: Cuban authorities are open for professional teams to hire athletes and there is a brand-new context of political relations between the governments headed by Raul Castro and Barack Obama.

The much-anticipated sports opening began back in 2013. Throughout this period, not many baseball players have been signed up and most of them have gone to tournaments away from the first level (Canada’s ProAm League, Colombian and Panamanian championships), with the only exception of the Japanese League; however, the number of baseball players leaving the country has gone up. Over 140 players went overseas, in different ways, just in 2015. When it comes to analyzing these figures it wouldn’t be too unfair to brand the “hiring policy” as unsatisfactory, but, at least, now there is a legal instrument to back up the possible contracts.

The present scenario is also modified by the political will to reach an agreement. MLB has already asked the US government a special permission that allows it to sign up Cuban baseball players who live in that country. The Embargo formally bans the hiring; nevertheless, the Treasury Department’s Office of Foreign Assets Control hold the legal authority to issue such permission.

The recent “trip of good will” carried out by MLB to Cuba weighed up the situation and the results were satisfactory. For three days, the delegation made up of such stars as Clayton Kershaw, Miguel Cabrera, Nelson Cruz and Cuban players like Yasiel Puig and Jose Dariel Abreu, gave clinics for future talents and spent some moments with enthusiasts.

In Havana, MLB Executive VP of Operations, Joe Torre, said to be very pleased with the initiative. “The message we want to deliver is the love and passion we share for baseball. This is the main reason of our visit, that’s why it’s labeled as good will and we have brought players with us so as to share that passion,” Torre said and mentioned the possibility organize pre-season games at the Latin American Stadium, between a local team and the Tampa Bay Rays. 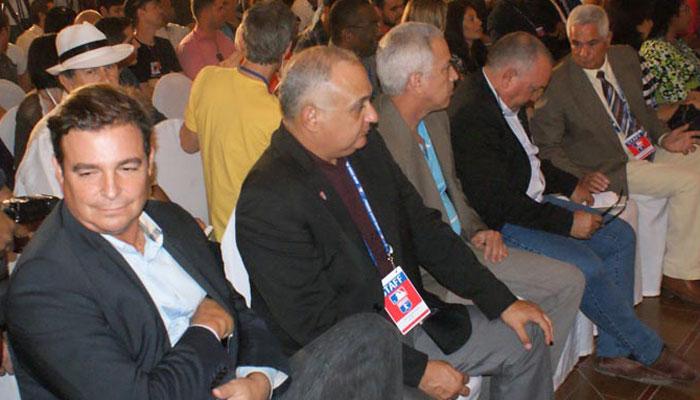 On the other hand, the Cuban authorities have underlined that they are open to negotiations with MLB, a position that was off the table five years ago; but it seems that pragmatism has prevailed. One of the driving forces behind the negotiations on the Cuban side was Antonio Castro Soto del Valle, son of leader Fidel Castro, nephew of President Raul Castro. The official pointed out that both parties are willing to negotiate. “The executives of MLB have expressed their intention to come closer and the Cuban Federation is willing to work in a relation based on respect, tackling baseball with objectiveness and,” he added up, “everything is part of a negotiation process, a new relation crowned by mutual respect, in which everybody does what needs to be done and we all share the same rights. We see a promising future in this relation,” he finished.

One of the complicated aspects in the relation between MLB and the Cuban Federation is related to the sportsmen that left the country in illegal ways. The migratory law establishes that they are to wait up to eight years before they can return to Cuba and they would never be summoned by the national team.

The MLB delegation included two baseball players, who have strong presence in the media and used to play in the same team during the National Series: Cienfuegos-born Yasiel Puig and Jose Dariel Abreu. In a hypothetical “unified team” they would certainly wear the uniform. That matter wasn’t debated in Havana, but the baseball community described as positive the fact that the authorities allowed the return of these athletes, although we still have to see if that was a unique case.

After only two seasons in MLB, Abreu has already made history. In 2014 he was chosen Rookie of the Year in the American League and, in both campaigns, he went beyond 30 HR and 100 RBI. “Pito” couldn’t and he didn’t actually try to hide his emotions for being back in his country. “I didn’t think that his moment would come so soon. I’m happy to be back in this stadium, I don’t have words to describe this opportunity. Pito is still the same guajiro from Mal Tiempo, in Cruces. The time he has spent abroad hasn’t changed him a bit. “I’m proud of being back in the country and seeing that we’re still recalled. Thanks and you can count on us,” he underlined.

Alexei Ramirez, from Pinar del Rio, also joined the delegation. He was a member of the national team and contributed to the silver medal won in the first World Classic, back in 2009. At the Cuban capital, Ramirez expressed: “I’m happy to be here, happy to be given the possibility to return to my mother country, my land, and my people. I thank God for this moment that has no match.”

What could happen in the future with these baseball players? Could the talks between MLB and the Federation lead to the creation of a team to attend the 4th World Classic, in 2017, with the presence of the best Cuban baseball players, no matter where they live or play? When will we eye the first sign with MLB of a player, likely to be Yuliesky Gourriel, who still lives in Cuba?

The answers to those questions will come as a result of the next movements in the political chess that is being carefully played by Washington and Havana. For a start, the pieces are being moved and that means something in this game that has taken over half a century.