The Caribbean holds a significant place in the history of the Pan American Games. In the 17 editions held so far, the Games have always had the presence of, at least, one representative of this region. In addition, three Caribbean cities – San Juan, Havana and Santo Domingo – have hosted the main multi-sport event of the continent and Cuba had the honor of being the top medalist in the 1991 final standings.

Throughout almost seven decades, there have been many athletes who have performed great feats in the Pan-American Games. Some of them are well remembered, while others, regrettably, have fallen into oblivion.

The first Caribbean legend of the Pan American Games was Cuban sprinter Rafael Fortún. During the 1951 inaugural event, in Buenos Aires, this formidable runner, who was 32 at the time, won two titles and one silver medal.

Legends of the Pan American Games

In the final 100 meters race, Fortun and American sprinter Arthur Bragg were so close that both of them ran an identical time of 10.6 seconds. The judges had to resort to an incipient photo finish to determine that the Cuban had crossed the finish line first. In the 200 meters Fortún triumphed again, by only one hundredth.

Fortun had the strength to join the 4 x 100 meter Cuban relay quartet that finished second, behind the Americans. Yet, the return to his native country was the worst possible ever. At that time he was employed by the Ministry of Public Works and the managers could not forgive his absence from work while he participated in the Pan-American Games and decided to fire him.

Public pressure made the executives reinstate Fortun, but, that episode will always be remembered as one of the most absurd actions taken against a Cuban athlete.

Related articles: The most successful athletes in the history of the Pan American Games

In 1955, Agostini won the silver medal in the 100 and 200 meters. In both races he lost to American Rodney Richard. Four years later, in Chicago, he achieved another three medals: silver again in the 100 meters and bronze in the 200 meters and the 4 × 100 relay, where he competed in the team of the Federation of the East Indies.

Sprint running has been one of the specialties where most Caribbean athletes have shone. In the 1955 games in Mexico City, and 1959 in Chicago, Trinidadian sprinter Mike Agostini stood out by climbing the podium on five occasions. He is the athlete from Trinidad and Tobago with more medals in the Pan American Games.

The most successful pair of brothers in Pan-American athletics is certainly the Malcolm and Melville “Mel” Spence twins from Jamaica.

In the Mexico 1955 games, Mel was part of his country’s 4 × 400 relay team that finished second behind the United States.

Then, in Chicago, Mel joined his brother Malcom in the 4 × 400 relay quartet of the East India Federation that won the title, with a recorded time of 3: 05.03.

At the following Games, held in Sao Paulo in 1963, the brothers also represented their country in that relay race and won the bronze. In addition, they took the podium in individual competitions. Malcom won the bronze in the 400 meters of the Chicago event, while Mel snatched the silver, running over the same distance, in 1963. In total, the twins won five medals in the three Games in which they competed.

Related articles: The top teams in the history of the Pan American Games

The most successful Caribbean cyclist of all time in the Pan-American Games has been, without a doubt, Trinidadian Roger Gibbon. At the Sao Paolo Games, at only 19, he won the sprint competition with a recorded time of 12.4 seconds and, at the same event, he finished second in the race against the clock, behind Argentinean Carlos Vázquez. Then in Winnipeg, 1967, Gibbon climbed to the top of the podium on two other occasions: he triumphed again in the speed race and this time won gold instead of silver in the race against the clock.

Twenty years after Fortun’s feat, a formidable Jamaican sprinter by the name of Donald Quarrie entered the record book of the Pan American Games, winning three titles at the Cali games of 1971. At those Games, Quarrie won the 100 meters in 10.2 seconds; then, he smashed the 200 meters in 19.86 seconds, a mark that was not bested for 44 years until the Toronto games, in 2015, when Jamaican Rasheed Dwyer ran the distance in 19.80 seconds.

To end his brilliant performance in the Colombian city, Quarrie was part of the 4-men team from his country that won the 4 × 100 relay race in 39.2 seconds. Today, at 68, Quarrie, who also competed in five Olympic Games and won four medals in the summer editions, is still considered a legend in his country, and it is no coincidence that a statue of him has been erected at the entrance of the National Stadium.

Caribbean athletes have also left their mark in the swimming pools and one of the best examples is Anthony Nesty from Surinam. This brilliant swimmer, who won the only medal for his country in the 1988 Seoul Olympic Games, made his debut in the 1983 Pan-American Games, when he was only 16 years old.

He missed the podium in Caracas, but four years later, he excelled in Indianapolis. In the 100 meters butterfly, Nesty set a record for those Games of 53.89 seconds, while in the 200 meters butterfly, he finished third, behind Americans Bill Stapleton and Jayme Taylor.

Nesty was considered the top favorite for the two distances in the 1991 Havana Games. In the 100 meters butterfly he triumphed again with yet another record, this time of 53.45 seconds; however, in the 200 meters, he was not able to beat American Mark Dean and had to settle for the silver.

Erick López and Lourdes Medina, the best of Cuban gymnastics

Among the top Caribbean athletes in the Pan American Games, two names are unavoidable: Cuban gymnasts Erick López and Lourdes Medina. She captivated the sports world with her excellent performances in Indianapolis and Havana. In 1987, Lourdes achieved three titles and two silver medals in the Pan-American debut of rhythmic gymnastics. There she excelled in the all-around, clubs and hoops competitions and ended with the silver medal in the ribbon and rope competitions.

Then, in the co-host city of Santiago de Cuba, in 1991, Lourdes demonstrated once again her full potential and achieved four gold and two silver medals. In her two Pan-American game participations, this beautiful gymnast won 11 medals, seven gold/ four silver. With these numbers she is listed among the five most lauded women in the history of the Pan American Games.

As for Erick Lopez, until the Toronto edition, he was the top medalist in the Pan American Games;  however, the Canadian city saw Brazilian swimmer Thiago Pereira beat him by one medal (23 against 22).

Lopez’s reign began in Havana, when he was only 17 years old. In the Cuban capital, he won the all-around competition, and the vault and parallel bars as well. At the Mar del Plata and Winnipeg games, Erick reaffirmed his dominance and wrapped it up spectacularly in Santo Domingo, in 2003, obtaining six gold medals, out of seven in competition. In four Games, the gymnast won 18 gold medals, three silver/one bronze, impressive numbers that make him one of the greatest legends, not only of the Caribbean, in the history of the Pan American Games. 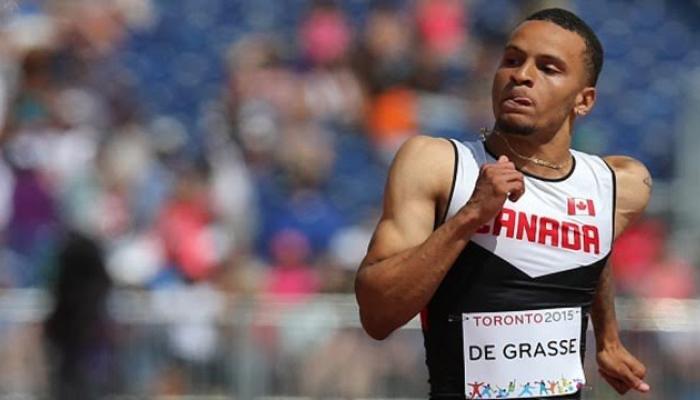 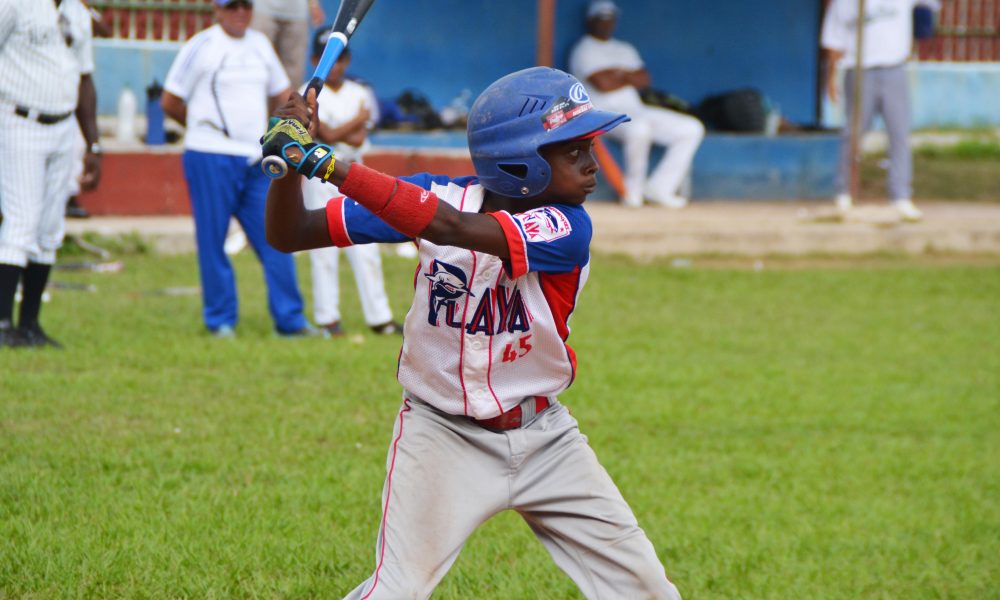 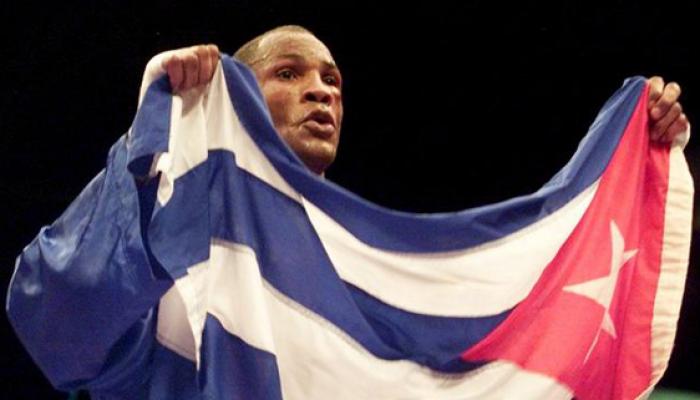 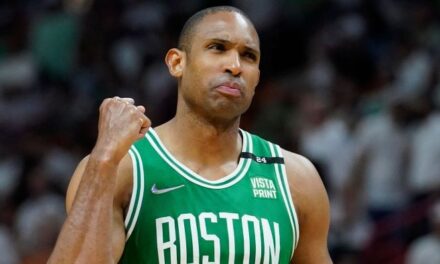