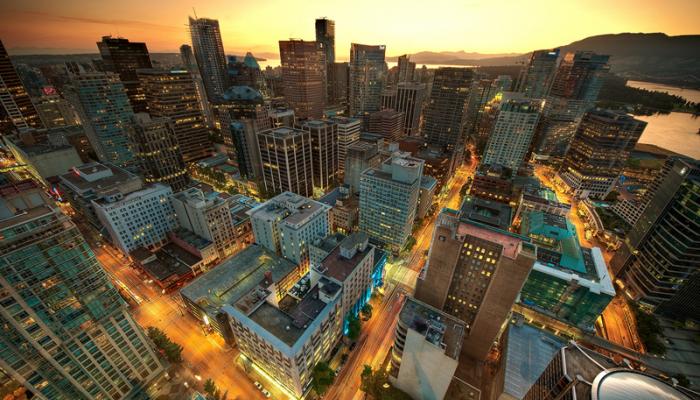 Vancouver has become one of the driving forces behind Canada’s economy and a North American benchmark for the digital design industry, videogames, entertainment and eco-friendly economy. With a population of over 2.5 million inhabitants, marked by its diversity and high educational level, the most populated city in the Canadian western region has focused its efforts on fostering the quality of life of its citizens and developing strategies to make life more sustainable. It is described as one of the healthiest cities on Earth to live and the most comfortable and accessible for pedestrians. The city is surrounded by large protected natural spaces and it is bathed by the Pacific’s waters, so its climate is far from the rigorous Canadian winter. Vancouver has been taken as a model by other cities, which perceive its sustainable urban growth, development of clean technologies and digital innovation as a way for a more human and balanced economic progress. The city engulfs young and enterprising talent, which is boosting an ecosystem of ideas, projects and companies with potential to compete against such traditional creation centers as New York, London or San Francisco.

Vancouver features one of the most competitive tax systems at international level, with low taxes and generous refundable incentives in the R + D field. Moreover, it offers some of the lowest energy rates in North America, mainly related to clean energy. The city stands among the top ten cities of the world with the lowest risk when it comes to recruiting, hiring and promoting talent in the business field. In fact, it annually attracts over half a billion dollars related to venture capital. Vancouver has one of the most productive technological ecosystems of the world, exceptional talent and numberless successful experiences (Hootsuite and Avigilon). Likewise, it has been chosen by such big multinational companies as Amazon, Microsoft and SAP to develop their business lines in Canada, thus strengthening its capacity as a business hub in the fields of business intelligence, content management, SaaS, e-commerce, security, digital video, fintech, social networks and web technologies. 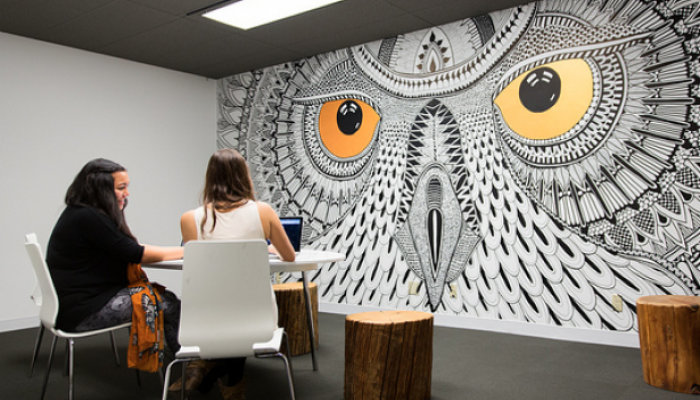 2 A CITY BASED ON GREEN ECONOMY

Vancouver stands out by fostering eco-friendly policies in institutions and business spheres. Nearly 5 percent of the active population works for green-job related companies, which represents a 19 percent increase since 2010. Vancouver has created a huge business development zone in an effort to catch the eye of eco-friendly companies around the world interested in sustainable growth. In fact, Vancouver is the first attractive destination for Canadian companies specialized in this sector. The green economy in Vancouver (made up of local food, eco-friendly buildings, clean technology and sustainability-related services) is flourishing and growing faster than other traditional economic sectors. Vancouver is renowned as one of the top ten cities of the world in terms of green technology by the Cluster Global CleantechAssociation. Vancouver is taking center stage in global innovation, with specific strengths in cutting-edge energy solutions, as well as sewage disposal technologies. 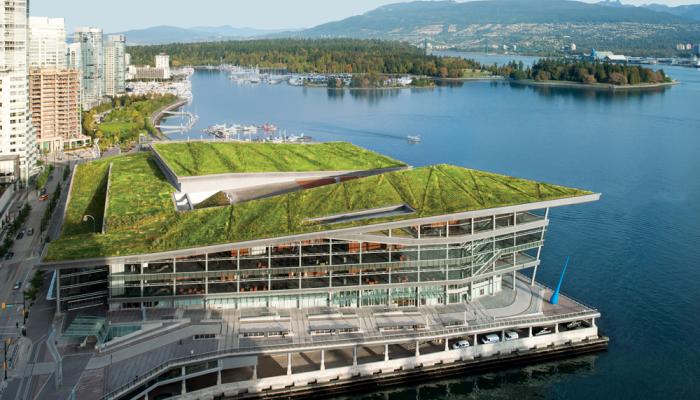 Vancouver’s position at Canada’s East Coast gives it significant strategic value. There are barely 23 minutes between the airport and the downtown. This geographic value has an impact on other indicators that underline the potential of Vancouver: its international airport is described as the best one in North America and it holds a special position in the world Top 10. The Port of Vancouver is the biggest one in Canada and the northwest Pacific, the second largest on the North American west coast and one of the most diversified ports on the continent. Moreover, it is the closest head port to Asia, one of the best deep-water natural ports of the world and a key international transportation hub. It annually markets goods that go as high as 43,000 million dollars and it directly provides employment to 30,100 people. 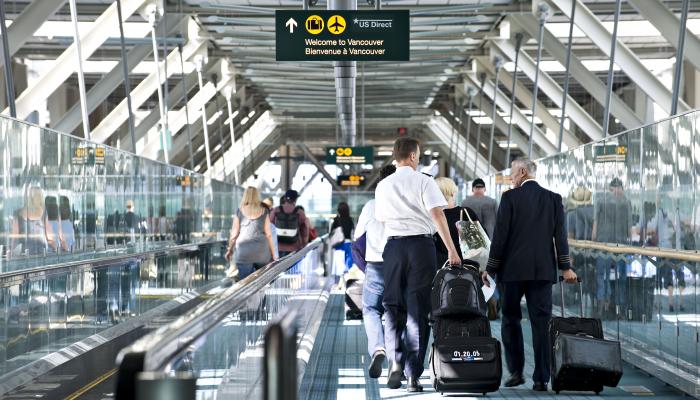 4 THE BEST CITY OF THE WORLD FOR STARTUPS

According to a recent study conducted by PeoplePerHour, a United Kingdom-based company that establishes connections between companies and freelance professionals, Vancouver heads the list of the best 25 cities of the world to create a startup. Surprisingly, no other Canadian city, not event Toronto, has been included in this ranking. Canada’s third largest city has surpassed New York, London, Singapore, Berlin and even San Francisco in a new study that ranks the best cities of the world for new companies. When assessing cities, the company analyzed details related to a wide range of factors, such as quality of life, cost of life, housing rental, cost of office space, wages and facilities to launch a new company.

Vancouver defeated its rivals with its high quality of life, good access to work space and facilities to make business. A recent report issued by Economist Intelligence Unit on global habitability gave Vancouver the third position in a prestigious and select group, right behind Melbourne and Vienna. Vancouver stands out in all studies and reports on the best cities in terms of technology and startups. For example, in the early 2018, Startup Genome ranked Vancouver and Toronto in the 15th and 16th positions, respectively, on a list made up of the best startup ecosystems of the world.. 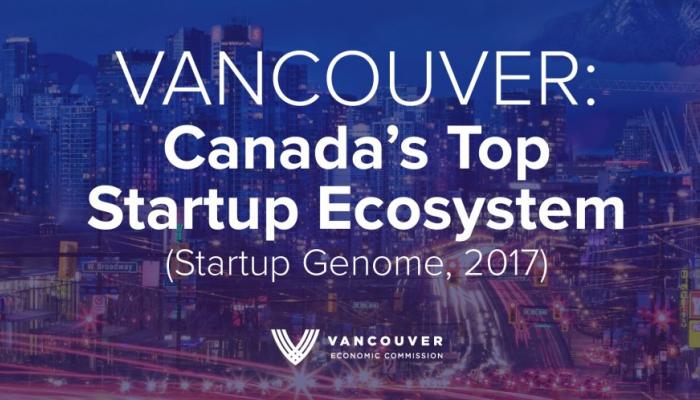 5 THE SHORTEST BRIDGE BETWEEN NORTH AMERICA AND ASIA

Vancouver is the most Asian city away from Asia. A third of its population comes from that continent and, over the past decade, this element has become one of its main identity marks. This circumstance has allowed the city to attract great Asian talent, which is the key to develop such sectors as the videogame industry. Vancouver has the fourth highest percentage of residents born abroad and 44 percent of its population speaks English and a second tongue, a figure that is not reported by any other Canadian city.

Two prestigious university institutions and 20 post-secondary centers are sources to the labor market in the city, with talent to meet the requirements of the digital world, the entertainment industry, innovation and sustainability. Vancouver is the world leader in the social business sphere, a huge and growing sector that fosters social and environmental change through the power of new business models. Over 750 social companies operate in all sectors of the industry, including non-profitable organizations, cooperatives, credit unions, B-Corps and social risk companies. 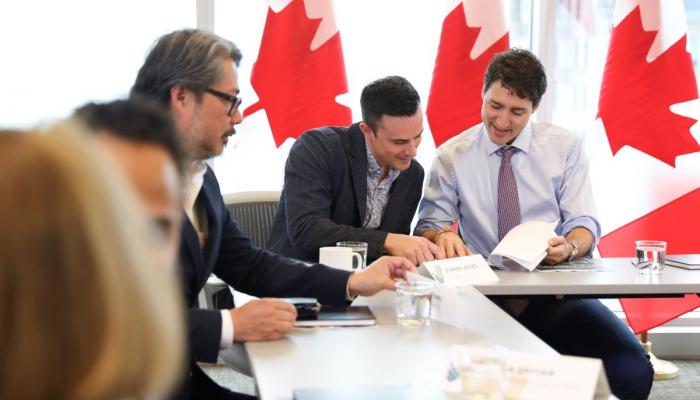 Vancouver features one of the most diversified economies of the world, with the highest resilience capacity. Vancouver is the first Canadian city in terms of Venture Capital attraction. Moreover, it leads the Canadian job market ranking among the main cities of the country, defined as those having a population of over 250,000 inhabitants, according to the recent report issued by Express Employment Professionals. Nowadays, there are 2.82 jobs available per each 1,000 inhabitants, according to the report. Vancouver is followed by Laval (2.71), Edmonton (2.7), Montreal (2.64) and Gatineau (2.52).

8 THE CANADIAN CAPITAL OF DIGITAL ENTERTAINMENT

Vancouver is the fourth biggest moviemaking center of the United States and Canada, with over a thousand companies registered and devoted to the videogame industry, movies, television, special effects, animation and entertainment. Only London and Los Angeles have more employees in this sector. Over the past years, Vancouver has stood out as a magnet for big projects. In fact, the city is known as the “Northern Hollywood” because of the significant amount of TV shows that have been filmed in the area, since they have benefited from the tax advantages offered by Canada.

The city’s policies are focused on attracting companies related to digital development and innovation, and that is why they have created a series of tax incentives to benefit companied in this sphere. Likewise, Vancouver is developing a digital strategy in a bid to identify the technological needs of entrepreneurs and provide solutions for them to be more competitive. 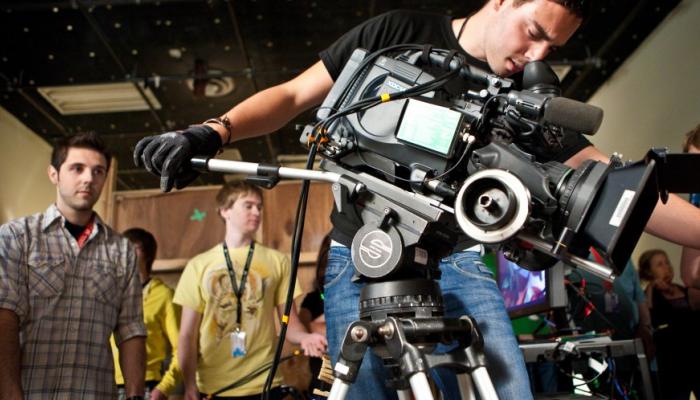 9 THE PRESTIGE OF AN OLYMPIC CITY

Vancouver has the privilege of being a member of the exclusive club of cities that have organized an edition of the Olympic Games. This means that it has gone through the biggest organizational and urban challenge to be faced by a city. Its capacity to successfully make it was praised by the International Olympic Committee, which underlined the quality of locations and new infrastructures, its sustainable urban development and efficient organization. If a city has organized an edition of the Olympic Games, it is undoubtedly capable of facing new challenges. A study conducted by the University of British Columbia showed that hosting the sports event boosted the development of sports and culture through Canada, the inclusion and participation of indigenous groups and minorities, as well as the recognition to handicapped people. It is estimated that the Games injected 3,800 million U.S. dollars to the local economy and boosted environmental developments. In terms of marketing and brand generation, Vancouver has strengthened its position as a top-of-the-line travel destination. 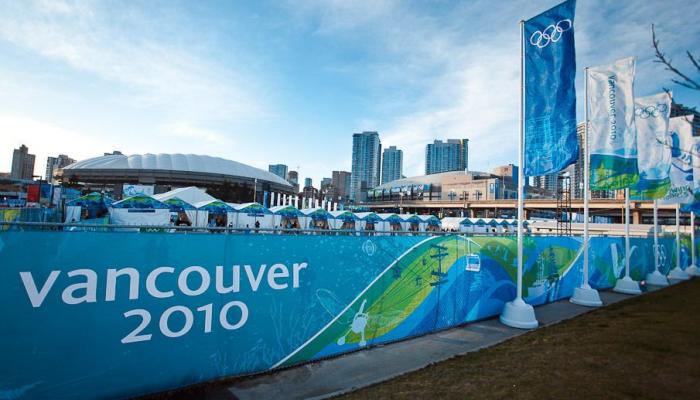 Canada is one of the most solid economies within the G20. The OECD (Organization for Economic Co-operation and Development) points out in its latest report that a light contraction is expected for 2018 after the strong economic growth experienced by Canada in 2017, although the data will keep on showing a robust and solid economy. The true GDP growth in the last quarter of 2017 was 1.7 percent and economists dare to say that, this year, they will not see such numbers as the 4 percent reported in the first half of last year. The country created 32,300 new jobs in March, so the unemployment rate is 5.8 percent, thus matching its lowest mark since Statistic Canada began to measure this indicator back in 1976.