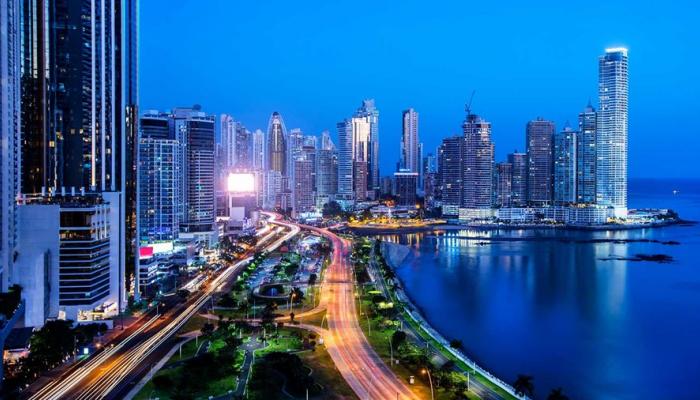 All analysts and international organisms have agreed to point out that, throughout 2018, Panama will be the country with the highest growth rate in Latin America and the Caribbean. The International Monetary Fund (IMF), Ministry of Economy and Finances, Economic Commission for Latin America and the Caribbean and the World Bank (WB) estimate that the country will have a 5.5 percent growth. The Panamanian economy has gone through several years of economic growth and it is backed up by great political and social stability.

However, some elements cloud this scenario. The Economist’s Intelligence Unit shows in its latest report on Panama that President Juan Carlos Varela’s popularity is suffering because voters are worried about corruption and the administration’s public accountability. The significant influx of foreign direct investment (especially from China), extension of the Canal and public works-related projects –the subway extension at the capital and urban renovation of Colon- will keep GDP growth rates above 5 percent in 2018-19.

Moreover, according to The Economist Intelligence Unit (The EIU), Panama occupies the 45th position among the 167 countries included in the Democracy Coefficient. Nevertheless, the country’s mark is 29 percent higher than the average of the 167 countries (5.48) included in the ranking and 13 percent higher than the average of Latin American and Caribbean countries. Despite systemic imbalance in terms of equality, openness and employment market, Panama offers investment facilities, buttressed by its geostrategic position, that help it be on top of the region, with great growth and development expectations in financial, technological and commercial fields.

A COUNTRY WITH POLITICAL AND SOCIAL STABILITY

Panama has had great political stability since 1989, with democratic elections that meet international standards, and it lacks of serious social conflicts. The country has been given 3 out of 7 points in the Political Risk Rate, according to The Global Economy. This indicator positions it at the same level of such countries as Uruguay, Chile or the Dominican Republic. According to the report issued by Societe Generale, before the international financial crisis, the Panamanian economy featured the highest growth rate in Latin America. “The country resisted the international financial crisis: the slowing down of the economic activity put an end to the Panamanian government’s trend of overspending on big infrastructure projects, which had been overheating the economy,” the report underlines. Since that moment, the country has experienced a strong growth (6-11 percent), boosted by domestic demand.

Despite the international economic crisis, Panama’s economy has been growing since 2005 with low inflation, low unemployment level and constant growth of the gross domestic product (GDP). Panama’s consistent growth and economic stability far exceeds the United States in terms of gross domestic product (GDP). Panama’s GDP has been slowly growing since 2013, up to the 5.8 percent achieved in 2015. In 2016, the growth rate was 4.9 percent, below the IMF’s expectations (5.2percent). The International Monetary Fund (IMF), Ministry of Economy and Finances, Economic Commission for Latin America and the Caribbean and the World Bank (WB) see eye to eye on this forecast: the GDP for 2018 will go slightly up to 5.5 percent, which would represent the highest level in Latin America and the Caribbean, and a recovery if compared to 2017.

These elements are complemented by a strong bank system. Over the past 20 years, we have seen mergers, transformations and the incorporation of new banks that have helped regulate and resize the sector. This is the reason why Panama presently stands out as one most important financial hubs in Latin America, although the country has to compensate the negative international image brought about by the Panama Papers scandal.

The Panama Canal and its expansion have given a key boost to the development of Panama’s port hub, which plays an important role in the logistic sector of the country. The figures are eloquent: since its opening on June 26, 2016, it has been sailed by over 1,500 vessels. In 2018, its waters are expected to move more than 400 million tons, a record number that would give the Panamanian State 1.6 billion dollars.

According to calculations, in the next fiscal year the Panama Canal Authority (ACP is the Spanish acronym) is expected to make 3.04 billion dollars, 1,659 million of which will go to the National Treasure. The Panama Canal, with the United States and China as its main users, was enlarged back in 2016 for vessels carrying up to 14,000 containers –the triple of its previous capacity – to be able to sail through its waters. With the widening, the Panamanian authorities are looking forward to trebling, in a decade, the billion dollars earned by the Canal a year, since it is related to 5 percent of the world sea trade.

Since its opening by the United States back in 1914, over one million vessels have sailed through this route, which was recovered by Panama on December 31, 1999. Over 90 percent of world trade is presently moved by sea. Without this flow, it would be impossible to meet the needs of markets and reduce the cost of freightage, as pointed out by economists.

ITS PROXIMITY TO THE UNITED STATES FAVORS ITS MARKET ADVANTAGES

Panama has a strategic position, no more than five hours away from the main cities of the United States, including non-stop flights from Atlanta, Chicago, Houston, Los Angeles, Miami, New York, Boston and Washington D.C. There are even direct flights from Toronto, which facilitates trade relations. The national currency, Balboa, features a strict parity with Dollar (1 B/. = 1 $). In line with an agreement signed with the United States in 1904, Panama does not have a Central Bank or issues paper money, it only mints fractional currency. The 2017-2018 Global Competitiveness Report, issued by the World Economic Forum (WEF) every year, gives Panama the 37th position among 138 assessed economies that provided access to new technologies. Moreover, it is ranked 53rd in terms of innovation.

Panama features a legal structure that favors foreign investment and offers warranties. Panama’s Civil Code, Constitution and Foreign Investment Law provide a strict framework of warranties, so foreigners have the same rights of locals in terms of property ownership, intellectual property and trade. The constitution establishes that foreigners within the national territory will be treated as locals.

While foreign direct investment has fallen throughout Latin America, Panama and Colombia have been the countries with the highest growth in the region. It is important to highlight the validity of a package of laws that encourage investment in certain sectors by offering tax, work and migratory advantages. Investors are aware of its low tax system, so revenues generated overseas, capital income and/or interests are not taxed.

Ratings agency Standard & Poor’s (S&P) improved the risk rating of Panama from BBB- to BBB, with a stable outlook. This result is good news as it encourages investors to look at Panama. With the improvement of this rating, S&P says that the country has the capacity to deal with debts. Likewise, the country’s growth and tax flexibility forecasts are strong to face the challenges that might come up in during the transition toward a less-favorable economic scenario, as announced for the future by some analysts.

Panama’s status as a platform of connections, due to its strategic position (air, commercial, logistic, financial and sea hub with global reach), and the fact that it has become one of the economies with the highest economic growth over the past years in Latin America, make it face significant economic challenges. According to Felipe Manchon, a Spanish consultant hired by the Panamanian government to devise a long-term national logistics plan, Panama has a “one-of-a-kind logistic space in Latin America”, since it features the interoceanic canal, with great ports in both oceans, top-of-the-line airlift thanks to Tocumen International Airport  and several free-trade zones, including Colon Free-Trade Zone, described as the biggest one in the continent.

Panama has a privileged geographic position, dividing the Atlantic and Pacific oceans, and located between North America and South America. The Panamanian ports are leaders in freight movement in Latin America. The country looks forward to growing as the Americas’ Hub after the talks that are being held between Panama’s Tourism Authority (ATP is the Spanish acronym) and two European companies interested in establishing connections with Panama.

Tocumen International Airport has become a first-level intercontinental terminal. It receives some 5,900 flights a week and handles 90 air routes to 34 countries in the Americas and Europe, by applying efficient mechanisms so passengers take less than 45 minutes to change plane, which is one of the lowest rates in the world, according to the airport.

Panama has several Special Economic Zones that strengthen its position within the global competitiveness context and stand out as trade platform to establish companies or industries in several areas with tax, employment and migratory benefits. These areas are:

Panama Pacífico: area conceived for the production of high value added goods, services and technology. It is nestled in the former Howard air base.

Zonas Procesadoras para la exportación: Free-trade zones where any national or foreign individual or legal entity can set up a company.

Zona Libre de Colón: second free-trade zone in terms of importance at world level. It is the origin of 12 percent of the country’s GDP. It is the first distribution hub on the western hemisphere and offers a wide range of services.

Panama has an obvious competitive advantage due to its location. Its Pacific shore is the entry point of Asian products, and the Atlantic shore houses the biggest free-trade zone on the western hemisphere. In an effort to make the most of these geographic circumstances, the Panamanian government has develop an approach policy with China. Both countries have signed a bilateral agreement of political consultative mechanism. The goal is to strengthen friendship bonds between both countries and increase mutual understanding, besides assessing matters of common interest. It has been complemented by other trade agreements.

China’s market transfers related to the purchase of Panamanian products will add up to nearly 38 million dollars, after inking 22 treaties. According to the Chargé d’Affaires at China’s embassy in Panama, Wang Weihua, the Central American nation has every condition required to provide connectivity and favor the development of world economy.

The 2017 International Quality of Life ranking, issued by global consultancy company Mercer, has included Panama City among the Latin American cities with the highest marks. Prestigious newspaper The Economist has also highlighted the Panamanian capital as one of the best cities in the world to live in. Moreover, the experts usually praise other endogenous elements in the country, such as the fact that it does not suffers from the impact of natural disasters (something usual in other countries of the region), features a tropical climate and some acceptable safety levels if compared to neighboring nations.

The cost of life is lower and quality of life is higher. It is important to highlight that the country offers exemptions and discounts for retirees and the elderly, which are similar for foreign pensioners living in Panama. The list includes discounts in ground and air transportation, movies, medicine, restaurants, stores and services. This circumstance has turned the country into one of the favorite destinations for high-purchasing-power pensioners from such countries as the United States or Canada. Just a few countries around the world offer 2,490 km of coasts that combine urban experiences, relax, adventure and nature.

Panama is the treasure to be discovered in Central America, a natural paradise that also offers a unique urban environment at Panama City, a cosmopolitan melting pot of history, art and gastronomy with plenty of Latin American taste, museums, colonial neighborhoods, crafts routes and stores that will make you fall in love with them.